An eleventh-hour bid is being continued to have rank restored to Admiral Husband Kimmel, the admiral who was in command of Pearl Harbor on December 7, 1941. 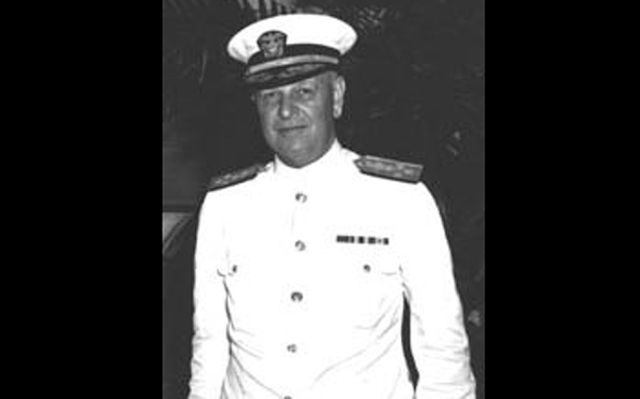 Commander Kimmel. The Kimmel family has campaigned for decades against what they, and many others, see as the scapegoating of Admiral Kimmel after Pearl Harbor.

There are just hours to go before President Obama and Vice President Joe Biden take leave of their respective offices, and an eleventh-hour bid is being continued to have rank restored to the admiral who was in command of Pearl Harbor on December 7, 1941.

That bid has now reached its make or break moment.

And the plea from the family of Admiral Husband Kimmel is being reinforced by a recently published book written by Ireland-based investigative journalists and authors, Anthony Summers and Robbyn Swan.

“A Matter Of Honor, Pearl harbor: Betrayal, Blame, And A Family’s Quest For Justice,” is published by Harper Collins and coincides with the 75th anniversary of the Japanese attack on the U.S. Pacific fleet’s base on the island of Oahu.

The book was penned, however, a long way from the Hawaiian Islands.

Summers and Swan live and work in Cappoquin, County Waterford.

The husband and wife duo previously collaborated on “The Eleventh Day,” an investigation into the 9/11 attacks that was nominated in 2012 for a Pulitzer Prize in the history category.

And it is what Summers and Swan believe is a historical injustice that spurred “A Matter of Honor,” a copy of which was signed recently by Vice President Biden.

The vice president wrote “it is” just on the inside title page before adding “keep the faith.”

The vice president wrote “it is” just under the inside title page before adding “keep the faith.”

“This has not been published before, and this story is the first time that the signed page will see the light of day,” Robbyn Swan said during a recent visit to New York, along with Anthony Summers, to promote “A Matter of Honor.

Biden signed the book at the request of one of Admiral Kimmel’s grandsons, Manning.

The Kimmel family has campaigned for decades against what they, and many others, see as the scapegoating of Admiral Kimmel after Pearl Harbor.

Ten days after the attack Kimmel, a four-star admiral was reduced in rank to a two-star rear admiral. He subsequently resigned from the Navy but worked in the defense industry during the war in which his naval submariner son, Manning, was reportedly murdered by the Japanese – after being taken prisoner.

“A Matter of Honor” puts the admiral’s fate rather more forcefully: “Four-star Admiral Kimmel was relieved of command, accused by a presidential commission of ‘dereliction of duty’ and ‘errors of judgment,’ publicly disgraced, and tricked into retirement.”

The book, pointedly, also rebuts the view of some down the years that President Franklin Roosevelt had advance knowledge of the Japanese attack that would result in his “infamy” declaration the following day.

Recently, in the admiral’s hometown of Henderson, Kentucky, 42 members of the Kimmel family were present to see a statue of Admiral Kimmel unveiled.

Two of his grandsons, the aforementioned Manning, and Thomas Kimmel, wrote President Obama seeking a restoration of four-star rank – a move which was actually requested by Congress in the National Defense Authorization Act of Fiscal 2001.

That act was based on a 1999 non-binding resolution drafted by Joe Biden, who was in the U.S. Senate at the time.

It had bipartisan backing from prominent senators such as Ted Kennedy, John Kerry and Strom Thurmond, and it was voted through by the Senate.

But it never received the necessary presidential signature from Bill Clinton, his successor, George W. Bush or, to date, President Obama who has been wielding his pardon pen busily in his final hours in the Oval Office.

The Biden resolution and resulting act also sought a restoration of rank for Major General Walter Short, who commanded U.S. Army forces on Oahu and was similarly demoted after the December 7 attack.

“There can be no statute of limitations for restoring honor and dignity to men who spent their lives devoted to America’s service and were yet unfairly treated. When it comes to serving justice, the time must always be now,” the now outgoing Irish American vice president said in an address to the Senate at the time.

Summers and Swan, together with the Kimmel family and its many supporters, are hoping that President Obama, perhaps with a nudge from Vice President Biden, will add his signature to the Senate’s clear wish before he departs office Friday at noon.

Certainly, if he even glances at the book, or indeed the many positive reviews, the president could well end up being convinced enough to act.

“Reads like a thriller … An airtight case that Admiral Kimmel should not have been blamed … Through the extensive use of primary sources, including some previously unavailable, the authors delineate who in the U.S. government and military knew about Japan’s intentions. Tragically, there were dots that American intelligence did not properly connect. Kimmel was scapegoated and slandered without basis… .”

So states Publishers Weekly in its review of “A Matter Of Honor.”

After the attack, the disgracing of Kimmel and his resignation, there were calls for him to be jailed, even shot.

Kimmel fought back, however, and testified at nine investigations.

When he died in 1968 his sons and others in the family took up the fight against what Joe Biden has dubbed “the greatest injustice in U.S. military history.”

This story originally appeared in the Irish Echo. You can read more from them here.