Poems of Yeats and Heaney inspire Obama and Biden in farewell

Both President Obama and Vice President Biden resorted to Irish poets to make their respect and admiration for each other known to the world as both men leave office. 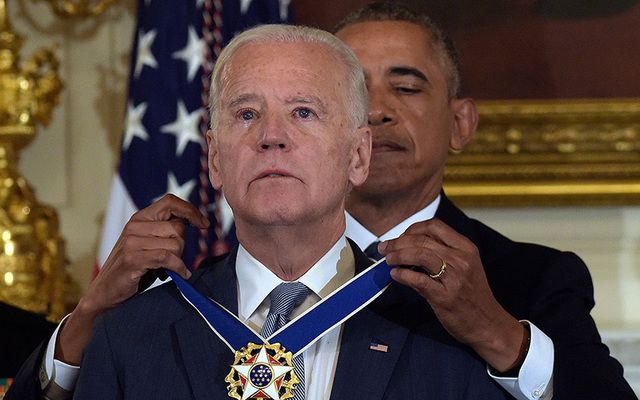 Both President Obama and Vice President Biden resorted to Irish poets to make their respect and admiration for each other known to the world as both men leave office.

The men were speaking at a farewell event on Thursday, January 12th for senior staff and the presentation of a major award by the president to Biden.

Obama’s quote “Think where man’s glory begins and ends and say my glory was I had such friends” is from “Municipal Gallery Revisited,” written in 1937, just two years before his death by Yeats.

In it he visits the Municipal Gallery in Dublin and views the portraits of many of the great men and women he knew throughout his long life. He recognizes that knowing such friends was the important thing in his life, not his body of work.

Seamus Heaney's poem “From the Republic of Conscience” was the work quoted by Biden after he accepted the Presidential Medal of Freedom. The quote he used to praise Obama was

“You carried your own burden and very soon

your symptoms of creeping privilege disappeared”

Heaney wrote the poem on the 25th Anniversary of Amnesty International and it is an attempt to portray a utopian world where the most important things are not economic or military or riches and privilege but folk legends, storytelling and generations of families interacting.

It is indeed flattering for Ireland that the two men picked Irish poems but not surprising, the soft power of Irish culture is  one of Ireland’s most invaluable assets.