103-year-old Irish priest in Washington passes away, a great loss and huge legacy 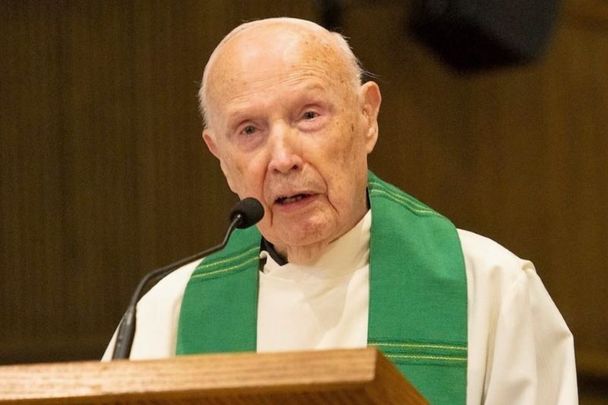 Fr William 'Bill' Treacy, who witnessed the Black and Tans in Co Laois as a toddler and traveled to Seattle with the returning WWII troops, has passed away at the age of 103.

Fr William Treacy, who was ordained a priest in 1944 in Maynooth, Co Kildare, came to Seattle in 1945 “on loan” to the then Diocese of Seattle, traveling on a troop ship bringing US soldiers home during World War II. Fr. Treacy ended up serving in Seattle for the rest of his life. And what a life that was!

While serving the Seattle Diocese (later Archdiocese) in various capacities and also serving in various parishes around the Seattle area, in 1960 he and Rabbi Raphael Levine crossed the boundaries of religion to launch a pioneering interfaith TV program that aired on KOMO TV for 14 years, becoming one of the area’s most popular weekly TV programs. The two men and rotating Protestant ministers addressed issues of the day from an interfaith perspective and positively influenced the entire region.

In 1968, the Irish priest and the Jewish rabbi founded the Treacy Levine Center, a 200-acre ecumenical retreat center near Mount Vernon in Washington offering programs catering to people of different nationalities and religions.

Over the years, the center’s programs drew more than 250,000 people of different faiths, cultures, and nationalities from around the Northwest and the world.

Today, the camp is called Camp Korey and offers programs free of charge to children with life-threatening illnesses. 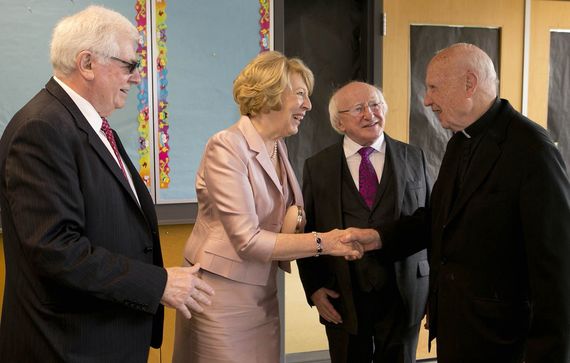 John Keane of the Irish Heritage Club of Seattle told IrishCentral: "Fr. Bill was quite a guy with at least six books to his name.

"Until a few weeks ago, he said Mass over Zoom every Sunday which included giving a homily. Up until two or three years ago, he would help out at local parishes when needed.

"This past January, at 102 years old, he arranged to be driven 60 miles to Seattle and back in order to concelebrate a Memorial Mass for two of my brothers who had died in Ireland around Christmas. He was very well-known and very popular not just in the Catholic community.

"He told me once that when he was a toddler, the Black and Tans had a barracks less than a mile from where he grew up near Borris-on-Ossory, County Laois.

"To come to the US after ordination, he had to travel to Britain during the war, then take a train from London to Prestwick, Scotland, to catch a troop ship bringing soldiers home from the front. He had some really interesting experiences in his well-lived life." 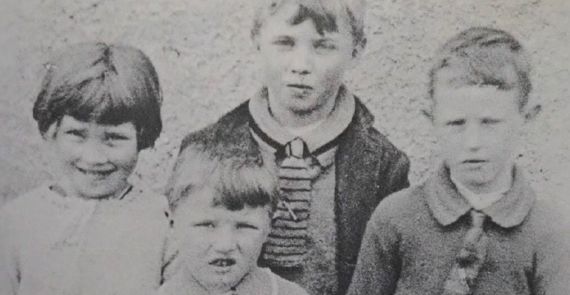 Fr. William Treacy and his siblings photographed in the 1920s in Ireland.

First appointed Chaplain to Seattle's Irish Club in the 1950s, over the years, Fr. Treacy has helped this area's Irish community by organizing breakfasts, weddings, baptisms, funerals, jobs, and references. He mediated disputes and provided counseling and other assistance when needed.

In 1982 during the worst of the Northern Ireland Troubles, he inaugurated Seattle's annual Catholic Mass in a Protestant Church on St. Patrick's Day, encouraging Catholics and others to pray for Peace in Ireland. He has celebrated Mass in the Irish language for Seattle's Irish community and, in 1982, helped start the sister-city relationship between Seattle and Galway. Even at the age of 99 before Covid hit, he was a presider and homilist at the Irish community’s annual St. Patrick's Day Mass.

Over the past 77 years since he arrived in Seattle, Fr. Bill has given sustained and distinguished service to Seattle's community at large and especially to its Irish community. His passing is now greatly mourned in the community.

(May his holy soul be on the right side of God).