Cardinal John Henry Newman, who helped found the Catholic University of Ireland, is likely to be named a saint by Pope Francis. 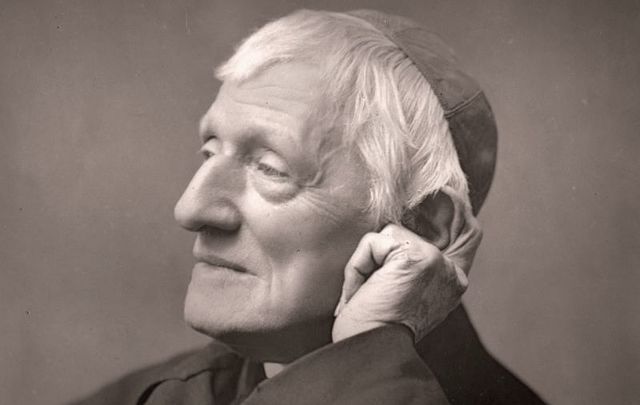 Cardinal John Henry Newman is likely to be named a saint this year. Getty Images

Cardinal John Henry Newman, who served as the first rector at the Catholic University of Ireland, is likely to be named a saint by Pope Francis later this year.

The Irish Catholic reports that on February 13, the Vatican announced that Pope Francis had signed a decree officially recognizing a miracle attributed to Cardinal Newman, moving the Englishman one step closer to sainthood.

Cardinal Newman, a native of England, was 44 years old when he turned away from Anglicism and converted to Catholicism. In 1846, he was ordained a priest, and in 1879 he became a cardinal.

In 1854, Cardinal Newman served as rector at the newly-established Catholic University of Ireland in Dublin after being requested by Irish Cardinal Paul Cullen to take on the role.

In 1908, the Catholic University reorganized and transitioned into what is now University College Dublin, the largest university in Ireland.

UCD now writes that Cardinal Newman spearheaded a movement “which would make higher level education accessible to a broad sweep of Irish people, creating a new class of educated Irish who would become the civil servants, the politicians, the lawyers, the architects, the historians and philosophers, the authors and playwrights, the doctors and engineers - the thinkers and doers who were to shape Irish society into the proud nation we are today.”

Responding to the news, Dermot Moran, UCD philosophy professor and former Director of the International Newman Centre in Dublin, said Cardinal Newman "one of the most important intellectuals, writers, and theologians of the 19th Century.”