FBI believes the 26-year-old's disappearance in County Wicklow is linked to a serial killer. 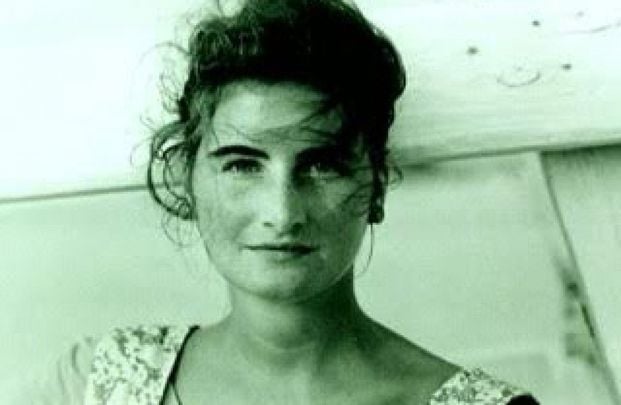 FBI agents, lawyers, and private investigators will attempt to solve the New Yorker's disappearance, believed to be linked to a serial killer, as Irish article raises new leads.

A law enforcement team, including a lawyer and FBI agent, will travel to Ireland later this year to try and solve the mystery of the 1993 disappearance of 26-year-old student and Long Island, New York native, Annie McCarrick.

In 1993, the American student was last seen taking a bus to Enniskerry, County Wicklow. Her father, John, spent years trying to find out what happened to his daughter. He died in 2009 without finding any answers.

New leads have come to light following an article in the Irish Independent earlier this week, which stated that investigators would be taking "one last roll of the dice" in attempting to solve the missing person's case.

Michael Griffith a New York lawyer,  from the same area as Annie's family, came to Ireland following her disappearance in 1993 to aid with the investigation.

Speaking to The Pat Kenny Show on Tuesday, Griffith said "I am pleased to announce within the last 15 minutes, thanks to Catherine Fegan's article, I received an email from an Irish citizen with a very, very promising lead.

"We're going to investigate this lead and see whether it's credible or not.

"I can't go into it obviously at the time, but this article did produce something that's got to be followed up.

"The individual who sent me the e-mail was very friendly with someone who knew Annie at the time.

"The Gardaí {Irish police], I don't know whether they went into this particular lead, but we are going to go into it.

"It's something, as a seasonal criminal defence lawyer, which should be looked at".

Investigators will be aided by Brian McCarthy, a private investigator who was hired by the family when Annie went missing.

McCarthy has recently been made aware of a witness statement given to Irish police in 1993 which changes the possible whereabouts of Annie McCarrick on the night of her disappearance. Unfortunately, the witness has since died.

The statement states that a woman matching Annie's description was seen at a cafe in Enniskerry, which means she may not have visited the popular venue Johnnie Fox's Pub in Glencullen as previously thought.

The witness said she saw a woman matching Annie's description in a cafe with a man who fits the description of a suspect which McCarthy has identified.

He told the Belfast Telegraph that the witness "was not asked to help with an e-fit. We think this sighting is more crucial than initially thought.

He said: "The first thing I did was approach Mrs. McCarrick and I said 'do you have a complaint on file with the FBI?', and she surprisingly she said that she did not.

"So I made sure that she was able to file a complaint which launched an investigation.

"We were able to send some agents from the Behavior Analysis Unit - BAU - that's kind of the 'Silence of the Lambs' people - over to the UK to look further into the matter.

"So since then, I've taken a very active interest and I've been in touch with the Gardaí and with journalists like yourselves and been very active".

"I think what we can bring to the table is a fresh set of eyes on a case that has grown stale.

"I believe that this is the work of a serial killer, the geography suggests that.

"I've heard some other theories - possible involvement by maybe someone from the IRA - but things like that, having worked in the government, and you know as well as I do try to keep a secret is a very difficult thing to do.

"I think if there was a conspiracy afoot, that information would have gotten out by now.

"So I think it's closely-guarded by possibly a lone serial killer".

In 1993, 26-year-old Annie McCarrick was living and studying in Dublin. She lived in the woody suburb of Sandymount with two of her friends at the St. Catherine's Court apartment complex.

On Friday, March 26, 1993, Annie told her friends she might go for a walk Wicklow or in the Glencullen area. At c.11am she bought some groceries at Quinnsworth, on Sandymount Road. She returned home and left her groceries on the kitchen table.

At 3.15pm she took the bus from Sandymount to another Dublin suburb, Ranelagh. She went on to take the number 44 bus from Ranelagh to Enniskerry, in Wicklow.

There was no bus from Enniskerry to Glencullen. She would have had to walk the 6km to where it was believed she was seen next, Johnnie Fox’s pub at Glencullen.

The Long Island student was officially reported missing by her mother who traveled to Ireland on March 30, 1993.

Irish police are appealing for witnesses to come forward. Friday, March 26, 1993 was a cold, wet, and windy day.

Anyone who believes they have information should call the Serious Crime Review Unit can be contacted on +353-1- 666-3344.