Gardai are reportedly "monitoring" convicted rapist Larry Murphy, who is now based in London, as they consider whether or not to charge him in the Deirdre Jacob disappearance. 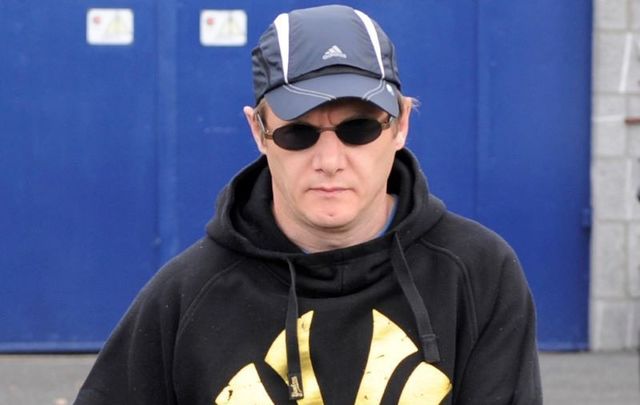 Larry Murphy as he is released from prison in August 2010. RollingNews.ie

Convicted Irish rapist Larry Murphy is believed to be in London amid reports that Gardaí are considering to charge him with the murder of Irish woman Deirdre Jacob.

Editor's Note: Larry Murphy, 54, is the chief suspect in the murder of New York woman Annie McCarrick in 1993, whose body has never been found. He is additionally a person of interest in the murders of seven other women who disappeared in the 1990s.

The Director of Public Prosecutions (DPP) is considering whether to charge Larry Murphy for the murder of 18-year-old Deirdre Jacob in 1998, according to the Daily Herald.

"Gardai are aware of where Murphy is living in the London area and are aware that he has been working as a carpenter on building sites," a senior source told the Herald.

"The Deirdre Jacob investigation is at a very delicate stage at the moment. It is a case that is mainly based on circumstantial evidence, but huge work has been put into the file.

"Larry Murphy is a person of interest in this murder investigation, and because of this, gardai have made sure they are aware of his location in the UK and his activities."

If the DPP decides to prosecute Murphy, they will secure a European Arrest Warrant for his detention.

Deirdre Jacob disappeared from her home in County Kildare in July 1998. Gardaí previously treated her disappearance as a missing person case but upgrade it to a murder investigation in 2018. She was the last of the eight women that Murphy is suspected of killing to go missing.

Murphy is one of the most notorious and detested criminals in Irish history. He was convicted of raping a young woman in the Wicklow Mountains in 2001. He was sentenced to 15 years in prison for kidnapping a woman, driving her to the Wicklow Mountains, raping her, and then attempting to kill her by placing a plastic shopping bag over her head.

He was released from prison 10 years into his 15-year sentence. Gardaí have been unable to find any evidence linking him to the eight disappeared women, but he has been a reported person of interest in each of them, particularly the murders of Deirdre Jacob, Annie McCarrick, and Jo Jo Dullard, who all disappeared close to his home town.

Murphy denied any involvement in Jacob's disappearance in a police interview while he was serving his 15-year sentence.

Two retired detectives who investigated the disappearance of Deirdre Jacob obtained critical testimony from a prisoner who served in Arbour Hill Prison at the same time as Murphy. The statement allegedly implicates Murphy in the murder of Jacob and the DPP has been preparing a file on the murder.

Gardaí will work with the London Metropolitan Police to secure his arrest if that is the case.

The Irish Sun, however, reports that Murphy is now back in Ireland and claims that the convicted rapist was spotted at a Garda checkpoint during the COVID-19 lockdown.

The Sun reports that Murphy had female clothes, a mattress, and pillows in the back of his van. The tabloid paper claims that Murphy is now homeless in Ireland and said that Gardaí have been warned of his return to the country.