Tommy Mannah has been remanded into custody after allegedly firing a pellet gun at gardaí in Co Cork on Friday, July 3. 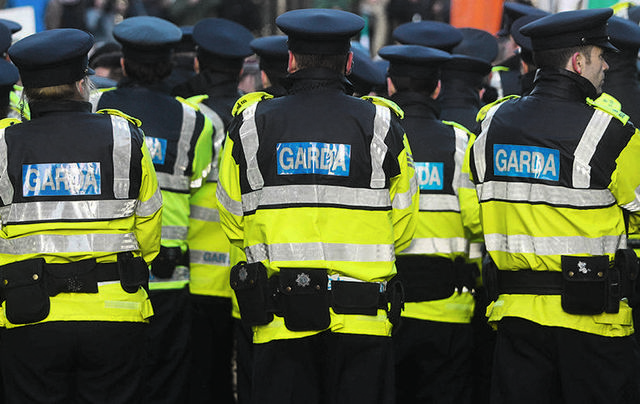 Tommy Mannah, 21, has been remanded into custody for a week. RollingNews.ie

Tommy Mannah, 21, is facing four charges after allegedly firing a pellet gun at gardaí on Military Road in Co Cork on Friday, July 3.

Tommy Mannah, a native of Sierra Leone who has been living in Ireland since he was 3-years-old, is charged with two firearm offenses, endangerment of the public, and unlawfully taking a vehicle without the consent of its owner, according to The Irish Times.

According to Echo Live, Det Sgt O’Sullivan said in court that gardaí received a call at 11:30 pm on Friday, July 3 about a man breaking into a car and being in possession of a firearm: “Gardaí attended at the scene. Tommy Mannah returned with an alleged handgun which he discharged in the direction of gardaí hitting one member in the arm. He then got into the car and drove from the scene.

“He was signalled to stop and he failed. He discharged shot out the window of the car. He crashed through a barrier at the toll plaza.

“A stinger (device to puncture and disable a car) was placed on the motorway. Armed support unit members approached and identified themselves as armed gardaí. It is alleged that he discharged shots at the arm gardaí.

“A Tazer was discharged and he was successfully arrested. This was observed by a number of witnesses from gardaí at Military Road to the M8 motorway. Gardaí never lost sight of him during this.

“Given the matters before the court it is my belief (that he would commit further offences) It is my belief he is also using drugs at the moment.

“He was staying at an Air B&B at Military Road but he has no address now.

“Due to the seriousness of the charges, he would be a danger to himself and also to members of the public at large and go on to commit further offences,” Det. Sgt. O’Sullivan testified, arguing against bail.

Eddie Burke, representing Mannah, said his client was seeing a doctor and taking antipsychotic drugs. He noted that events unfolded following an argument between Mannah and his 44-year-old partner, who is also the owner of the car used in the incident.

Burke requested that Mannah be granted bail under strict conditions, which Det Sgt O’Sullivan did not agree with: “I don’t think he has grasped the seriousness of this. I don’t think he knows how serious this could have been. He has not given an explanation of how it escalated. If left out, we would have concerns about the interests of the defendant himself and the public at large.”

Ultimately, Judge Kelleher refused bail for Mannah, who has been remanded into custody for one week.