The AOH is urging Senators to oppose the Fairness for High Skilled Immigrants Act as it threatens Irish workers' access to US visas. 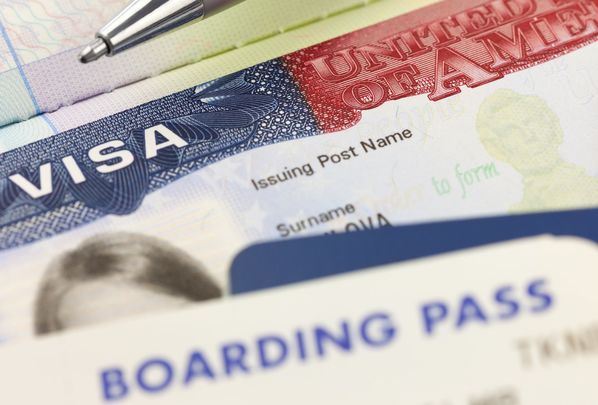 New immigration legislation that threatens Ireland’s access to American employment-based immigrant visas is currently stalled in the US Senate.

Read More: What the Green Card meant to my Irish immigrant family

The Fairness for High Skilled Immigrants Act, officially titled H.R. 1044 / S. 386, was introduced and passed in the US House of Representatives earlier this year and has since made its way to the US Senate.

An official summary of the legislation reads: “This bill increases the per-country cap on family-based immigrant visas from 7 percent of the total number of such visas available that year to 15 percent and eliminates the 7 percent cap for employment-based immigrant visas. It also removes an offset that reduced the number of visas for individuals from China.

“The bill also establishes transition rules for employment-based visas from FY2020-FY2022, by reserving a percentage of EB-2 (workers with advanced degrees or exceptional ability), EB-3 (skilled and other workers), and EB-5 (investors) visas for individuals not from the two countries with the largest number of recipients of such visas. Of the unreserved visas, not more than 85 percent  shall be allotted to immigrants from any single country.”

At present, there are 311 cosponsors of the bill in the House of Representatives: 203 Democratic, 108 Republican. In the Senate, the bill has 34 bipartisan cosponsors.

After the legislation reached the Senate, Senator Mike Lee (R-UT) attempted to pass it via 'unanimous consent,' which The Miami Herald describes as "essentially a voice vote" which "bypasses Senate procedure in an attempt to pass legislation quickly. But it fails if just one senator opposes holding a voice vote.”

The Miami Herald goes on to explain that 140,000 green cards are issued to foreign workers in the US annually. Under current law, each country can receive a maximum of 7 percent of that figure, roughly 9,800 visas.

India has, by a longshot, the highest amount of visa applicants annually and, as such, an extremely long waitlist.

"The new law would do away with the 7 percent per-country quota, and instead make the process first come, first served, with no maximum percentage of green cards assigned to any country. All countries would apply for the annual 140,000 green cards from the same bucket.

"If the bill passes, new applicants would have to stand in line behind the tens of thousands of Indian nationals already in the queue. According to the Cato Institute, last year there were about 370,000 Indian nationals, not including their spouses and children, in line for employment-based green cards."

Read More: How many Irish people overstayed their visas in the US last year?

The Ancient Order of Hibernians (AOH), the largest Irish American organization in the US, has come out in staunch opposition to the legislation as it threatens Irish workers' access to visas.

An AOH spokesperson said: "In a nutshell, this bill would remove the 7 percent cap on visas that a given country could receive, which would give a monopoly on employment-based immigration to Indian nationals for the next decade because of the backlog that the major Indian I.T. outsourcing firms have created."

On September 26, right before Senator Durbin issued his opposition to unanimous consent, the AOH penned a letter to Senate leaders which read in part: “H.R. 1044 / S. 386 creates a monopoly of opportunity benefitting only certain nationals; it copper-fastens the ‘No Irish Need Apply’ sign which has shamefully hung on the Golden Door of American immigration for over five decades.

"The current cap on any one country receiving more than 7 percent of available green cards was put in place to guard against the monopolization of the green card process by a few large countries. Even with the current cap, research shows that fear to be justified:

o Of the H-1B petitions approved in FY 2017, 75.6 percent of the beneficiaries were from India, followed by China, South Korea, and the Philippines; the rest of the world’s nations, including Ireland, did not even register for statistical tracking purposes.

o During the period from 2015 to 2017, one Indian I.T. Firm, HCL Technologies, received 10,432 H-1B visas and 310 L-1 visas. During that same period, the entire island of Ireland received only 372 visas through the Diversity Visa program.

o In the most recent Diversity Visa program, Ireland received 66 of an available 55,000 visas. To give perspective, this is only a quarter of the number of Medal of Honor recipients who list “Ireland” as their birthplace (257).

“Since 1965, every immigration act passed under the guise of 'reform' and 'fairness' has disproportionately and adversely impacted Irish immigrants to the benefit of other nationals; H.R. 1044 / S. 386 would be yet another chapter in this sad legacy.

“Throughout a proud history, Irish immigrants have asked nothing of America but an opportunity, which in gratitude they have repaid by contributing to every field of American endeavor."

The letter concludes by asking Senate leaders “to reject H.R. 1044/S. 386 and challenge your colleagues to deliver fairness to all, not just to some, in the U.S. Immigration process.”

Read More: Anti-American countries get far more green cards than the Irish do

Petition against ‘The Fairness for High Skilled Immigrants Act’

Of course, this proposed legislation does not only affect Ireland. Scores of other relatively small countries could be forced to the back of the line for American green cards. On September 18, an online petition to The White House was issued and as of October 3 amassed more than 45,000 signatures.

It reads in part: “The consequences of passing this bill is detrimental. It will limit the immigrants from 2024-2029 to be PRIMARILY from one single country, which would effectively wipe out ethnic diversity in the skilled legal immigration system and be devastating to the US economy!”

What do you make of the proposed legislation? Let us know in the comments