The Irish will receive just 32 visas out of 55k in the United States  Diversity Visa program, an annual lottery for green cards. 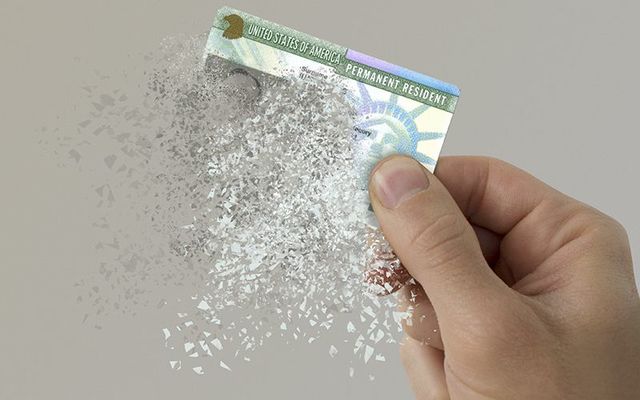 Irish get a bum deal on US diversity visa lottery. Getty

The Irish will receive just 32 visas out of 55k in the United States  Diversity Visa program, an annual lottery for green cards

The annual diversity green card lottery announced results for the fiscal year 2020, which begins on October 1 of this year, with Irish applicants receiving only 32 of the 55,000 visas on offer – 19 from the Republic, and 13 from Northern Ireland.

“Applicants registered for the DV-2020 program were selected at random from 14,722,798 qualified entries,” the State Department’s August Visa Bulletin said.

The 2020 figures for Ireland and the North continue a downward trend for Irish applicants. In 2018, Ireland received 123 diversity green cards, while 16 Northern Irish applicants were selected.

Read more: How many Irish people overstayed their visas in the US last year?

Each year 50,000 green cards are put up for grabs in the lottery system, meaning the Irish in the 2020 draw were selected for just 0.05% of the green cards to be issued.

The number of Irish who applied for the 2019 lottery has not yet been revealed but the number of applicants over the ten years between 2009 and 2018 averaged at 7,211, showing that an estimated .7% of Irish applicants would have been given the opportunity to move forward.  With 14,352,013 worldwide entering in 2019, however, the Irish only equate to 0.05% of all applicants.

Do you think the DV visa system should be revamped? Would you like to see more Irish benefit from this lottery?

Read more: Ireland among countries to issue US travel advisories after mass shootings