What the Green Card meant to my Irish immigrant family

"The American green card gave my family their own American dream. Modest though it was, it meant everything. We arrived on America’s shores in the 1950s and never looked back." 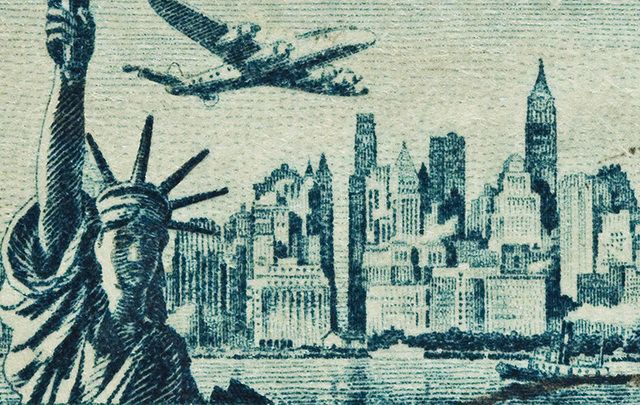 What the Green Card meant to my Irish immigrant family coming to America during the 1950s. iStock

The American green card gave my family their own American dream. Modest though it was, it meant everything. We arrived on America’s shores in the 1950s and never looked back.

My family came to New York in two shifts. My father, another Dermot McEvoy, and my brother, Billy, arrived here in June 1953. (My father arrived on the boat wearing long johns; it was 95 degrees.) They got into the country by being “sponsored” by other family members. They bedded down in Greenwich Village on Horatio Street, down by the docks.

My father’s first jobs were as a “super,” a superintendent, an imposing name given to guy who took the garbage out, kept the furnaces running, and mopped down the halls in apartment buildings. My father lived right by the Manhattan Refrigerators on Washington Street, where the High Line went by, and which were filled with frozen meat. He told me that by winter he shoveled snow in his super jobs and by summer he shoveled snow at Manhattan Refrigerator. Apparently, the shoveling never stopped.

By 1954 my mother, Mary Kavanagh, my sister Nora, and I had joined them in Greenwich Village. We were eventually joined by my sister Noeleen in 1957. My mother was a domestic, scrubbing floors and cleaning apartments. My father being a super meant we usually had a free apartment in the buildings he took care of.

Unfortunately, my father had a temper and we used to move to a new building in the Village almost every year. (Apparently, they didn’t call him “Dempsey” for nothing back in Ireland.) My parents worked very hard, but we didn’t know we were poor. The only clue I got was that most of my clothes – and my toys – were secondhand, given to my father by his generous tenants. We were severe, but loving, Catholics and the priests and nuns of St. Bernard’s on West 14th Street took good care of us.

The one thing I remember about my youth was the frenzy that my mother went through every year. Being “green card” Americans, she had to report to the Immigration and Naturalization Service every year.

I still remember the cards. They resembled a modern driver’s license, with a photograph encased in hard plastic. Yes, back then they were green. I think it was early in every year, but I can clearly remember she had to fill out a form and bring it to the post office down on Christopher Street, which is now a fancy apartment building called the Archives, most famously known as the domain of one Monica Lewinsky.

If you didn’t send the card in I’m sure the FBI or some other government organization would have come a-knocking at the door. (My father had his only run-in with the government in 1954 when he failed to file income taxes. He had no idea he was supposed to. From what I heard he told the judge – or whoever it was – he had no idea he was supposed to file. The judge imposed a nominal fine and let him go. The old man didn’t want any more government problems.)

One of the proudest moments of my life is when I became a United States citizen in 1962. I got to take the day off from school – how great is this America! – and I went down to Foley Square where, personally, I was sworn in. I even got to raise my hand when I swore I would never betray the United States of America. And I never have.

It was interesting to see the chaos caused over the weekend by Trump’s decision to ban Muslims from seven Middle Eastern countries. What was more interesting is that he included people from those countries holding Green Cards. People with Green Cards have been vetted and approved. They are basically on the waiting list to become American citizens.

Some will say that these people will never be real Americans. In my own family, we kept many of the traditions of the old country – the food, the drink, the talk, the songs, the ghost stories with relatives on a cold winter’s night.

But I grew up as an American as did my siblings. I had a love of Ireland, a country I could only remember vaguely, but I loved America, I loved President Kennedy. But I think I loved the New York Mets even more. I loved baseball and I loved football. In the winter, I loved the New York Rangers and the Knicks. I had no talent, so I could only dream of being Joe Namath or Tom Seaver.

The children of immigrant Muslims will be very much like me. In twenty years, they will be ballplayers, they will shoot hoops in the NBA, and they will be cheered by Giant fans at the Meadowlands when they sack the opposing QB.

They will be Americans, like the rest of us.

Some choose not to remember their own family’s past. It has been interesting over the weekend seeing the reaction of Peter King, Irish-Catholic Congressman from Long Island, son of a NYPD cop.

Peter King is a piece of work. Once known as the “IRA Congressman” Peter King would support any IRA action in Northern Ireland during the Troubles, but would never, ever, call a psychopath a psychopath – and never call them a “terrorist.” He supports Trump’s Muslim ban unconditionally.

I often wonder, if the terrorist was called “Paddy” instead of “Mohammed” would he change his mind?

The media had their salacious fun with Trump, but now the Trump Stink will be on them and the people who supported Trump. Trump is within the first two weeks of his presidency and anyone who thinks this is going to end well surely believes in leprechauns.

America is in for hell, and those who brought it on will be held responsible. If not in this world, perhaps the next. The climate of fear is very real. The weekend showed that.