New York, Chicago, and other sanctuary cities vow to continue sheltering undocumented immigrants despite threats of cuts in federal grant. 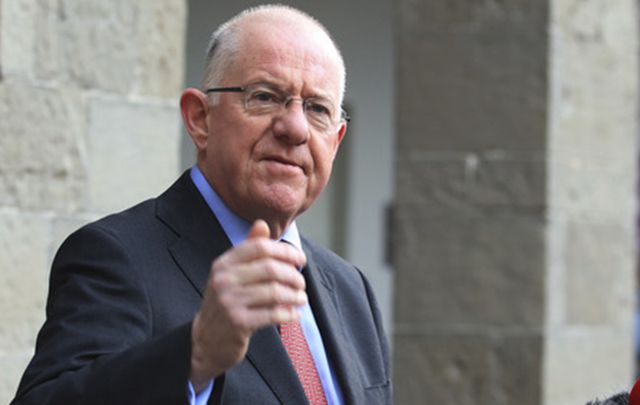 Irish Minister for Foreign Affairs Charlie Flanagan has said he plans to monitor the immigration policies of President Trump “very closely” as concerns grow for the estimated 50,000 undocumented Irish currently believed to reside in the US.

Yesterday, President Trump signed an executive order that will aim to strip federal funding from “sanctuary cities”, the some 300 cities, towns and counties across the US that shield undocumented immigrants by various means from the federal immigration authorities, the Immigration and Customs Enforcement Agency (ICE), who have the power to detain and deport them.

New York, where an estimated 30,000 of the undocumented Irish reside, as well as other cities with a high Irish population such as Boston and Chicago, are already fighting back, however, with the Attorney General of New York Eric Schneiderman releasing a report outlining how other immigrant sanctuary areas can protect their anti-deportation ethos in the light of Trump’s threats.

"Our embassy in Washington, DC and our consulates remain in active and ongoing contact with Irish immigration centres throughout the United States. My department will continue to monitor the developments in this area very closely," Minister Flanagan said yesterday following the signing of the executive order. (It should be noted that an executive order does not change the law but advises the relevant department to take action.)

This is the American Dream right before your eyes and we are not going to allow it to be undermined. pic.twitter.com/xKAMQBd5bh

According to Trump’s Press Secretary, Irish American Seán Spicer who addressed immigration policies in a press briefing on Monday, initial plans look to deport 2-3 million swiftly, focusing on those who have previously been convicted of other crimes.

According to the Irish International Immigration Center based in Boston, this has left some undocumented Irish scared to even report crimes for fear they will be turned over to immigration authorities.

"People are tuned into this and worried that if you run a red light or have a broken tail light on your car it puts you under the radar of law enforcement agencies," head of the organization Ronnie Millar told the Irish Independent.

"Even victims of crime who are undocumented won't go to the police. There's definitely an anxiety."

MEXICO WILL PAY FOR THE WALL
Sean Spicer Details President Trump's Immigration Policy including a 1 way ticket out of America for Criminals pic.twitter.com/XWdA3uW879

The Irish Lobby for Immigration Reform continues to call for calm, however, as Trump’s administration continues to target other groups of undocumented people. While 33 Irish removed from the country by authorities in 2014, 177,000 Mexicans were deported.  There are an estimated 5.8 million Mexican unauthorized immigrants living in the US, as of 2014.

"I said before that people shouldn't be alarmed," ILIR chair Ciarán Staunton said to the Independent.

“He is targeting criminal aliens. My opinion hasn't changed. Irish people shouldn't be alarmed or respond to alarmist or sensational headlines."

Today's Executive Orders's re: immigrants are a direct attack on Boston's people, Boston's strength & our values. We will not stand for it pic.twitter.com/Cw4RIE9lLc

As protests gathered Wednesday evening in response to Trump’s orders to begin the process of building a wall along the Mexico-US border and cut funding to sanctuary cities, the mayors of New York and Chicago prepared themselves to act in defiance of the President’s orders.

“We’re going to defend all of our people regardless of where they come from, regardless of their immigration status,” announced New York Mayor Bill De Blasio.

Mayor of Chicago Rahm Emanuel also stated: “I want to be clear: We’re going to stay a sanctuary city. There is no stranger among us. Whether you’re from Poland or Pakistan, whether you’re from Ireland or India or Israel and whether you’re from Mexico or Moldova, where my grandfather came from, you are welcome in Chicago as you pursue the American dream.”

Mexican President Enrique Peña Nieto this morning canceled his meeting with President Trump scheduled for next week after a warning from Trump sent via Twitter that the Mexican government should do so if they were unwilling to pay for the proposed border wall.

Peña Nieto responded in kind via Twitter stating: “This morning we told the White House we won't attend next Tuesday's meeting with @POTUS. Mexico reiterates its will to work with the US to achieve agreements for both of us.”

The Mexican President also released a video on Wednesday evening confirming “Mexico will not pay for a wall.”

Trump continues to defend his policy, however, arguing that in the long-term it will be of more benefit to both countries.

"You have to understand what I'm doing is good for the United States. It's also going to be good for Mexico," Trump told ABC News.

"We want to have a very stable, very solid Mexico, even more solid than it is right now. And they need it also. Lots of things are coming across Mexico that they don't want. I think it's going to be a good thing for both countries. And I think the relationship will be better than ever before."