RFK’s widow says Sirhan Sirhan should not be granted parole

Ethel Kennedy, 93, says that her husband Robert F. Kennedy's killer Sirhan Sirhan "should not have the opportunity to terrorize again" and should not be granted parole. 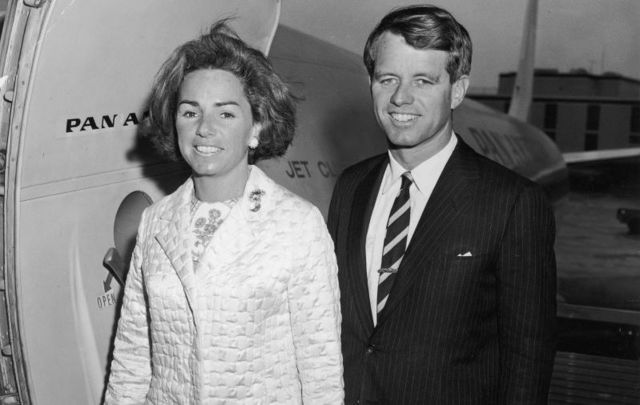 March 6, 1966: Democratic Senator Robert F. Kennedy of New York and his wife, Ethel, prepare to board an airplane for San Juan, Puerto Rico, where Kennedy received an honorary degree from the Inter-American University, Getty Images

Ethel Kennedy, the 93-year-old widow of Robert F. Kennedy, has issued a statement saying that her husband’s convicted murderer Sirhan Sirhan should not be paroled.

Kennedy issued a statement via RFK Human Rights on Tuesday afternoon that reads: “Bobby believed we should work to 'tame the savageness of man and make gentle the life of the world.'

“He wanted to end the war in Vietnam and bring people together to build a better, stronger country.

“More than anything, he wanted to be a good father and loving husband.

“Our family and our country suffered an unspeakable loss due to the inhumanity of one man. We believe in the gentleness that spared his life, but in taming his act of violence, he should not have the opportunity to terrorize again.”

Included in handwriting at the end of the brief statement, Ethel Kennedy wrote: “He should not be paroled.”

Please read and share my Mom’s statement. He should not be paroled. pic.twitter.com/AdHUwh9L2n

On August 27, Sirhan won his parole hearing in California after more than a dozen attempts over the years. The 77-year-old has been in prison for more than 50 years after he was convicted of killing Robert F. Kennedy in 1968.

Speaking at his parole hearing, Sirhan said: “I take responsibility for firing the shots.”

He added: “I would never put myself in jeopardy again. You have my pledge. I will always look to safety and peace and non-violence.”

Before Sirhan can walk free, the ruling by the two-person panel from Sirhan’s parole hearing will be reviewed by the California Parole Board’s staff before it gets sent to California Governor Gavin Newsom, who will have 30 days to decide whether to grant it, reverse it or modify it. 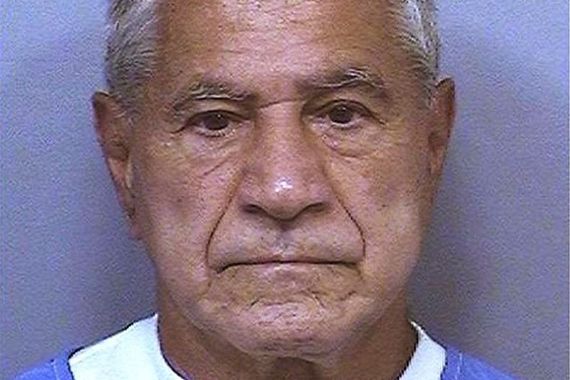 Ethel Kennedy now joins six of her surviving children in opposing parole for Sirhan. Kathleen Kennedy Townsend, the eldest of Robert and Ethel's 11 children, has not spoken publicly on the matter.

The day that Sirhan won his parole board hearing, Kerry Kennedy, one of Robert F. Kennedy’s children who now serves as the president of the nonprofit organization RFK Human Rights, shared an open letter signed by her and five of her siblings which said they were "devastated" with the parole board's recommendation:

On August 29, Joseph P. Kennedy II, the eldest son of the 11 Kennedy siblings, issued a personal statement which said in a part: “Two commissioners of the 18-member California Parole Board made a grievous error last Friday in recommending the release of the man who murdered my father.”

On September 1, the New York Times published an op-ed penned by Rory Kennedy, who was born six months after her father’s murder, in which she argued that Sirhan's "suitability for release has not changed.”

While Ethel now joins the majority of her surviving children in opposing parole for Sirhan, two of her children, Robert F. Kennedy Jr. and Douglas Kennedy, have signaled their support for his release. The brothers were present for Sirhan’s parole hearing on August 27.

"I'm overwhelmed just by being able to view Mr. Sirhan face to face,” Douglas Kennedy said during the parole hearing. “I think I've lived my life both in fear of him and his name in one way or another. And I am grateful today to see him as a human being worthy of compassion and love.”

Robert F. Kennedy Jr, who has previously met with Sirhan in prison, said in a letter that was read during the parole hearing: “While nobody can speak definitively on behalf of my father, I firmly believe that based on his own consuming commitment to fairness and justice, that he would strongly encourage this board to release Mr. Sirhan because of Sirhan’s impressive record of rehabilitation."