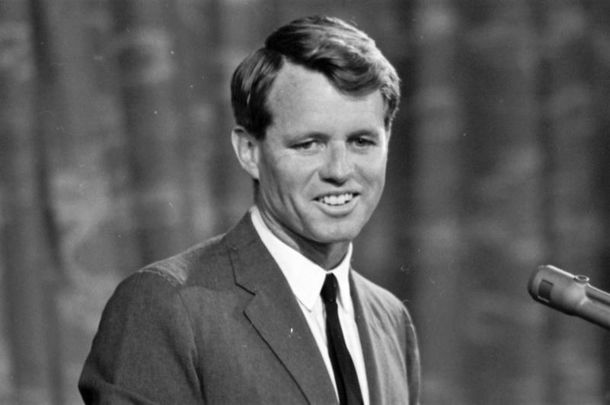 Robert F. Kennedy was assassinated by Sirhan Sirhan at the Ambassador Hotel on June 4, 1968. Public Domain

Robert F. Kennedy's youngest daughter Rory has urged a California parole board to rethink its decision to release her father's assassin, Sirhan Sirhan, from prison on parole.

Rory Kennedy, who was born six months after her father was murdered at the Ambassador Hotel in 1968, penned an op-ed in the New York Times on Wednesday campaigning against the Los Angeles County parole board's decision to release Sirhan Sirhan on parole 52 years after he was sentenced to death.

She described her father's death as "absolute, irreversible, a painful truth that I have had to live with every day of my life", and said that the assassination had impacted her life beyond measure. However, she said that she has not allowed her father's murder to define her life.

Kennedy also pointed to the impact the assassination had on the general American population, stating that her father's loss was incalculable for the United States.

"For America, the price of my father’s life and ambitions cut short has been incalculable — for the thousands of young men who died in Vietnam as the war my father opposed ground on for nearly seven more years, for the millions living in poverty or under the yoke of racism, for the wrongfully convicted who have languished behind prison walls," she wrote in the op-ed.

"Who knows what his death has cost?"

Rory Kennedy said that Sirhan Sirhan did not deserve parole because he still refused to accept responsibility for her father's murder.

She pointed to a 2016 interview with Sirhan where claimed that he "wasn't guilty of anything" and also pointed to several interviews where he claimed not to remember his role in the assassination.

"How can you express remorse while refusing to accept responsibility? And how, having committed one of the most notorious assassinations of the latter part of the 20th century, can you be considered rehabilitated when you won’t even acknowledge your role in the crime itself?"

She also criticized Los Angeles County parole commissioner Robert Barton, who ruled that Sirhan's refusal to take responsibility for the assassination was not an indicator that he was "currently dangerous".

"How can you express remorse while refusing to accept responsibility? And how, having committed one of the most notorious assassinations of the latter part of the 20th century, can you be considered rehabilitated when you won’t even acknowledge your role in the crime itself?"

The two-man Los Angeles County parole board's two-member panel approved Sirhan's parole on August 27, but the decision must be reviewed by the full board and by California Governor Gavin Newsom over the next four months.

Kennedy called on Newsom and the full parole board to overturn the original decision.

"I ask them, for my family — and I believe for our country, too — to please reject this recommendation and keep Sirhan Sirhan in prison," Rory Kennedy said.

Sirhan Sirhan had his death sentenced commuted to life with the possibility of parole when the US Supreme Court declared the death penalty unconstitutional in 1972 and suspended it. Life without parole did not exist in California at the time.

Before the Supreme Court's decision, Rory Kennedy's uncle Edward written to the district attorney calling for a stay of execution.

"My uncle Teddy sent a five-page handwritten letter to the district attorney in a last-minute plea to save the condemned assassin’s life," she wrote.

"The letter invoked my father’s beliefs: “My brother was a man of love and sentiment and compassion. He would not have wanted his death to be a cause for the taking of another life."

However, she argued that Sirhan Sirhan has already been shown compassion by having his death sentence commuted to life in prison.

"Did Uncle Teddy ever imagine, in asking the court for compassion, that the man who killed his brother might one day walk free? I do not think so."