Emma and Jake DeSouza announced this week that the UK Home Office has conceded to the couple's legal battle which centered on Emma's Irish citizenship. 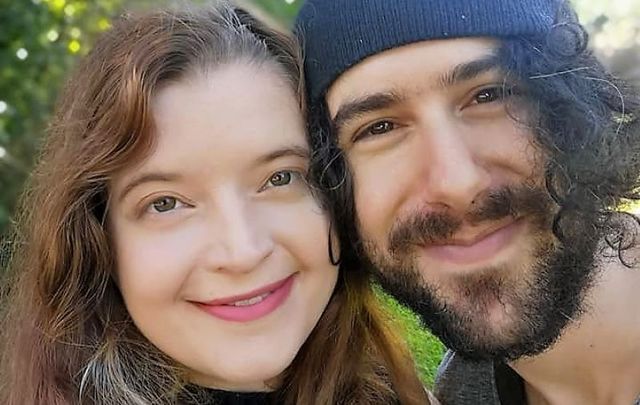 Emma DeSouza, a native of Co Derry in Northern Ireland, has been fighting to be recognized as Irish after she tried to get citizenship for her American husband Jake in 2015.

All people born in Northern Ireland will now be treated as European Union citizens for immigration purposes after a successful yet lengthy legal challenge by Co Derry native Emma and her American husband Jake DeSouza.

Read More: Derry woman says US husband is being held hostage over her “Irish” status

Emma DeSouza announced the news in a tweet on May 14:

We've been waiting a long time to see "the people of Northern Ireland" in that EEA category, for recognition of our unique status and our EU rights and entitlements. We've got a concession from the British Government and will be releasing a full statement on the changes shortly. pic.twitter.com/Q7n5hJX2rw

In 2015, Northern Ireland native Emma married California native Jake DeSouza in Belfast. In December of that year, Emma attempted to get Jake permanent residence in Northern Ireland through the UK Home Office. Emma, who says she has identified as Irish her entire life, applied under her Irish passport.

Her application was denied. As Emma explains, “Our application for a residence card was refused on the grounds that I am ‘automatically a British Citizen’ as I was ‘clearly born in the United Kingdom.’”

Emma argued that the Home Office’s decision to label her as British contradicts the 1998 Good Friday Agreement, which says “the two governments recognize the birthright of all the people of Northern Ireland to identify themselves and be accepted as Irish or British or both, as they may so choose."

A legal battle ensued, but it was put to rest this week, at least for now, when the DeSouzas learned that anyone born in Northern Ireland will now be treated as EU citizens for immigration purposes.

On May 14, the DeSouzas issued a statement regarding the decision:

Concessions from the British Government are hard to come by! We are delighted to see a change in the Immigration rules that recognises our unique status under the Good Friday Agreement to be accepted as Irish or British or both.

The couple wrote: “We are delighted to see the British Government move to fulfill their commitment to change the immigration rules as outlined in the ‘New Decade New Approach’ deal. These changes are on the back of years of campaigning for the full recognition of our right to be accepted as Irish or British or both under the Good Friday Agreement.

“We have always contended that no-one should be forced to adopt or renounce a citizenship in order to access rights, to do so goes against both the letter and the spirit of the Good Friday Agreement, the Home Office now concedes that point. The changes to the immigration rules will have a positive impact on families across Northern Ireland and will provide a route to family reunification under the EU regulations whether that person identities as Irish or British or both. These changes will only apply to Northern Ireland and recognize the unique status that the region hold within the United Kingdom. Something that we have longed for.

“We personally know a number of families that will benefit from this change and are filled with joy and relief that these families will not face calls to renounce British citizenship or face years in court like we have.

“However, it is notable and disappointing that these changes are time limited, from August 24th until the end of the transition period. And what these changes don’t do is address the wider citizenship and identity issues that our case has uncovered. The failure of the British Government to give domestic legal effect to the birthright provisions of the Good Friday Agreement remains, and our unique right to be accepted as such is not represented in domestic paper, policy and practice - this has to change.

“The Government has conceded on the principle by bringing forth these changes, we now need them to go the extra mile and fulfill their obligations to the people of Northern Ireland. Without addressing the wider gap in legislation these changes, whilst enormously welcomed, may well be no more than a sticky plaster.

“We will be continuing with our legal team in regards to our ongoing legal challenge which is presently due to be reviewed by the Court of Appeal of Northern Ireland on June 25.

“We want to thank our legal team, Robert Crookery from MSM law, Helena Wilson and Ronan Lavery QC as well as Ireland’s Department of foreign affairs and all those who have supported us  in this challenge.”

According to BBC, the UK government committed to "change the rules governing how the people of Northern Ireland bring their family members to the UK" in January 2020, as part of the power-sharing deal that restored the Stormont institutions, but only now have the laws changed.

On May 15, Emma thanked all those who helped them along the way, including Irish and American politicians:

This achievement was made possible by a shared determination to uphold the principles of the Good Friday Agreement. Many have supported us through this challenge, across political divides. This win belongs to all of us. A testament to the power of working together. Thank you. pic.twitter.com/syIzYzbDHT

The DeSouzas were met with messages of congratulations across social media.

I welcome announcement by UK Government on change to immigration rules for @EmmandJDeSouza & couples like them. Citizenship and identity provisions are central to the #GFA. A good & important step. Credit to Emma for her principles, determination & her impactful campaign.

Well done @emmandjdesouza. Thanks to you the letter and spirit of #GoodFridayAgreement has been re-affirmed: Northern Ireland-born British and Irish win EU citizenship rights https://t.co/W2jN7cR5Av

Daniel Mulhall, Ireland’s Ambassador to the US, said:

It was my pleasure to host @EmmandJDeSouza in Washington during her visit here earlier this year. I am delighted that her campaign for a change in UK Immigration rules has met with success. https://t.co/9k0Dp2Pkq5

I am happy to see the UK decision to change its immigration rules for @EmmandJDeSouza & couples like them. The citizenship provisions were a central part of the Good Friday Agreement. Congrats to @EmmandJDeSouza for fighting for her principles all the way to the end. https://t.co/4JxPnTZIRf