Co Derry native Emma DeSouza, who is challenging a British court ruling that she is British and not Irish, has brought her campaign to the US this week. 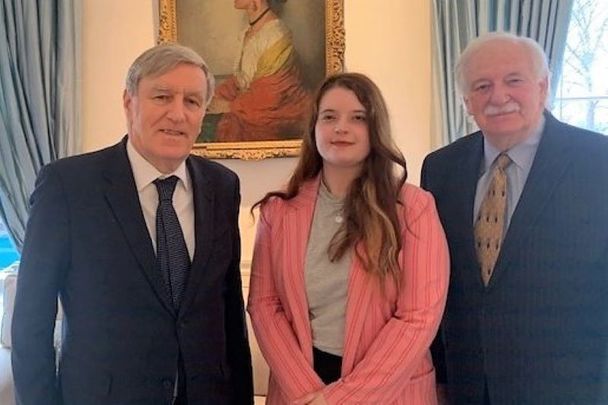 Emma DeSouza, a Derry woman who is challenging a court ruling that she is a British citizen and not Irish, has taken her campaign to the United States this week.

Co Derry native Emma DeSouza met with Irish Ambassador to the U.S. Dan Mulhall and former Congressman Bruce Morrison on Tuesday in Washington, D.C.  to highlight what she describes as the British Government's failure to give domestic legal effect to the birthright provisions of the Good Friday Agreement.

Her U.S. travels will also take her to New York, Philadelphia, and Boston. DeSouza argues that citizens in Northern Ireland should have the birthright to self-identify as Irish.

The Derry native won a case against the U.K. Home Office in 2017 with the presiding judge ruling that the "Good Friday Agreement supersedes British domestic law." The Home Office had deemed she was British when her American husband, Jake, applied for a European Economic Area residency card. 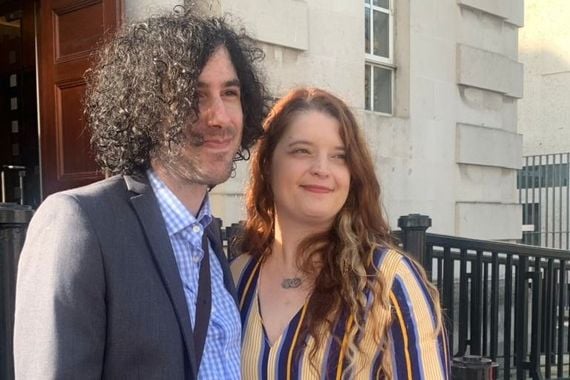 However, the U.K. Home Office, after years of legal dispute, successfully argued that Northern Irish citizens have no right to choose their nationality, rather they are permitted on a personal level to identify as Irish. The Home Office states that they are British at birth.

On October 14, an immigration tribunal ruled that the people of Northern Ireland remain British citizens even if they identify as Irish.

DeSouza is looking for support to fight that decision.

"Fundamental change is required and political pressure must be brought to bear on the British government," she said.

DeSouza will meet members of Congress on Capitol Hill to seek a resolution calling on the British government to give full legal effect to the birthright entitlement of people of Northern Ireland to choose to be British or Irish, or both.

Her stance is supported by Taoiseach Leo Varadkar who said in the Dail that DeSouza is an "Irish citizen."

DeSouza will also find support when she arrives in New York from the Brehon Law Society, whose president Jennifer Frankola Crawford said in a statement, “The Brehon Law Society of New York, a law society dedicated to peace and justice in a united Ireland, stands in support of and solidarity with Emma DeSouza as she continues her fight to ensure that her birthright and identity are honored in accordance with the Good Friday Agreement, namely that citizens in Northern Ireland should have the birthright to self-identify as Irish or British or both.

“This fight is not about ‘a concept’ or ‘an aspiration’ or a ‘personal choice.’ It is a RIGHT that should not be ignored or taken lightly. The right to self-identity is enshrined in the Good Friday Agreement and must be honored and upheld as it has broad-sweeping implications and effects on many people’s lives.

“We call upon Congress to seek a resolution ensuring the British government give full legal effect to the birthright entitlement of the people of Northern Ireland to choose to be Irish, British or both and to uphold and honor the entire Good Friday Agreement. It is right and just.  We look forward to meeting with Ms. DeSouza in New York City.”

Read more: Why Sinn Féin are leading in the general election polls