Why Sinn Féin are leading in the general election polls

For a little less than 100 years Irish politics has been dominated by two parties, Fine Gael and Fianna Fail but now it seems the Sinn Féin could be in for a win. 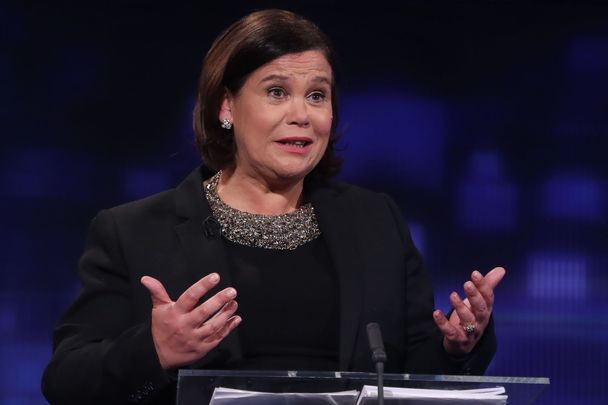 For a little less than 100 years Irish politics has been dominated by two parties, Fine Gael and Fianna Fail but now it seems the Sinn Féin could be in for a win.

Occasionally a third party, Clann Na Poblachta, the Progressive Democrats, threatened briefly to break the iron grip of the two main parties but ultimately their efforts crumpled.  The Labour Party had many opportunities to create a right-left divide but always took the short-term option of junior partner in a Fine Gael or Fianna Fail-led government.

Now comes a new challenger. Despite being one of the oldest parties, Sinn Fein has long been cast to the outer edges of Irish political life because of their militant role of being the political wing of the IRA.

That image began to change during the peace process negotiations when Gerry Adams and Martin McGuinness skillfully maneuvered the switch from armed struggle to politics. That culminated in McGuinness and Ian Paisley creating a power sharing government in the North in 2007, to the astonishment of the watching world.  Old enemies on the battlefield now met in the public arena as friends and colleagues. 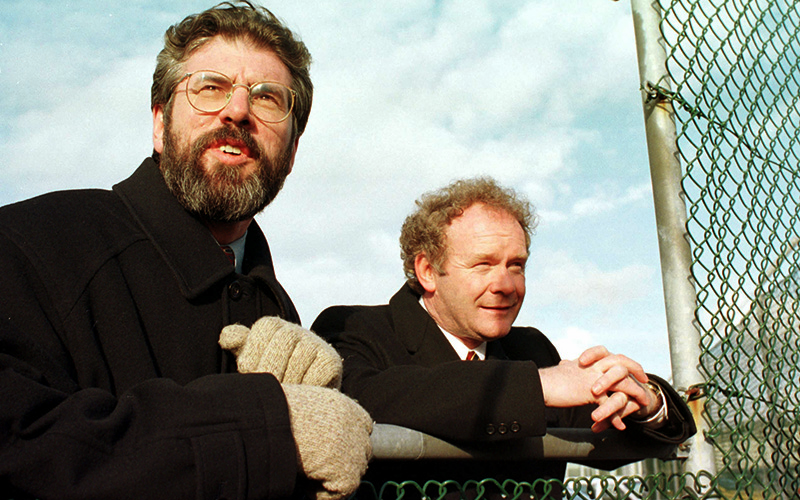 Sinn Fein had played the long game and won, turning away from violence and embedding themselves in the nascent peace process they did so much to create.

The party’s story in the Irish Republic was much different, however. Their role in the Northern Troubles had made them forever unclean for large sections of the media and other political parties.

But Sinn Fein is a very patient group, with a 20-year-plan one suspects.

They positioned themselves on the left of the Irish political landscape, in contrast to the center-right Fine Gael and Fianna Fail. There have been no scandals or corruption issues. They have stayed disciplined and on message.

Again showing remarkable skill and patience, they built the party from the grassroots up and commenced the same kind of upward projection they had mapped out in the North.

Adams as leader defined Sinn Fein, but his handover to Mary Lou McDonald as leader of the party in the south marked the real maturing moment of moving from Northern control to a home-grown Irish republican party.

The constant barrage against Sinn Fein in many parts of the media did hold them back for a time, but events conspired in their favor.  First was the near-collapse of the Irish economy in 2011 which raised huge questions about corruption and greed, and then came the godsend of Brexit which showcased English nationalism in all its supremacist glory.

The Irish reaction to the Union Jack in your face flag-waving was utterly predictable, and Sinn Fein have been the big winners.

Just last weekend, an extraordinary poll from Ireland’s most trusted polling firm had Sinn Fein at 24 percent, tied with Fianna Fail and three points ahead of Fine Gael. A similar poll for the London Times Irish edition showed roughly the same result.

Thus we stand on the brink of a game-changing election in Ireland.  Another poll shows 80 percent of Irish people in favor of a united Ireland.

Sinn Fein’s slogan used to be Tiocfaidh Ar La, meaning Our Day Has Come. Judging by these latest polls we can say, Ta An La Anseo -- The Day Has Arrived.

Saturday’s election promises to be one of the most interesting of all times.