E3 visa: Paul Ryan calls for the bill’s passage before end of term 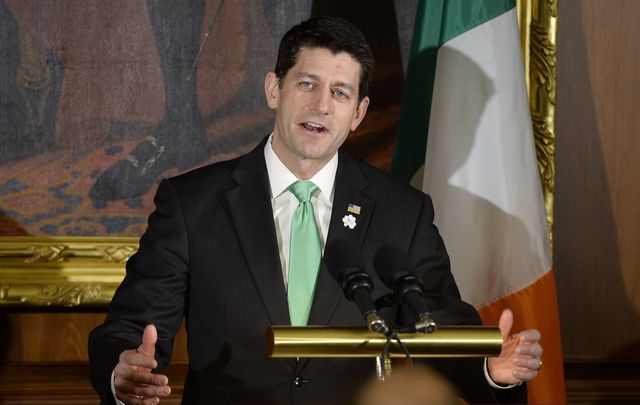 Outgoing Speaker of the House Paul Ryan has called for the passage of the E3 visa before Congress’s term ends this week.

Politico reports that Ryan, an Irish American, is lobbying for the bill which is currently hung up in Senate. If passed, thousands of American working visas could become available to Irish nationals.

Ryan’s own ancestors fled from Ireland in the 1800s during the era of the Famine.

The E3 bill passed through the House of Representatives in late November but now remains in the Senate as one Republican Senator is still in opposition to its passage.

Initially, there were six senators, all Republican, opposed to the bill.

The pressure is on as the E3 bill needs to pass through Senate this week before the term is over for the year. If it doesn't, the entire process will have to start from scratch next year.

Should the E3 visa bill pass, it would provide Irish nationals with the opportunity to apply for working visas in the US. As it stands, the E3 visa is open to Australians only as part of a trade-deal that initiated in 2005.

Annually, there are about 10,500 visas opened to Australians for application, but typically only half are filled. The current E3 visa bill that is within the Senate right now wants to see the unused visas be available to Irish nationals for application.

Read More: What is the E3 bill and what would it mean for the Irish?

In exchange for the visas, Ireland has reportedly promised to ease restrictions on Americans who want to retire to Ireland.

John Deasy, an Irish special envoy to the US, said: “The idea here is that this is going to be reciprocal. We think it’s important that the flows in the workplace continue between the two countries.”

Do you think the E3 can pass the Senate this week? Let us know in the comments