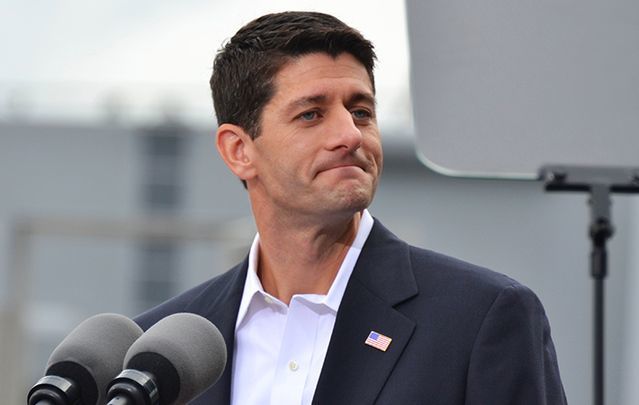 Speaking at a Q&A event at the University of Wisconsin in Milwaukee on Friday, the Wisconsin Republican brought up his own Irish roots when asked to address Trump’s comments.

"I thought about my own family," said Ryan, describing his Irish immigrant relatives who came to America on "coffin ships" and worked the railroads until they raised enough money to start their own farm in Wisconsin.

"It's a beautiful story of America," he said. "I see this as a thing to celebrate and I think it's a big part of our strength."

The president has since denied describing Haiti, El Salvador and African nations as “s**thole countries during an Oval Office meeting on immigration on Thursday.

"The language used by me at the DACA meeting was tough, but this was not the language used. What was really tough was the outlandish proposal made - a big setback for DACA!" Trump tweeted on Friday morning.

Ryan said he wanted to craft a legislative solution to protect so-called "Dreamers" and make the Deferred Action for Childhood Arrivals (DACA) program permanent. However, he said he wanted it to be part of a deal on border security.

He also went on to say that immigration legislation will not be part of a government funding package and that the issue will be voted on separately. As a result, said the speaker, he does not believe there will be a government shutdown.