Tanáiste Leo Varadkar said that the extra bank holiday would serve as a day of remembrance for all those who died during the pandemic and as a thank you to frontline workers. 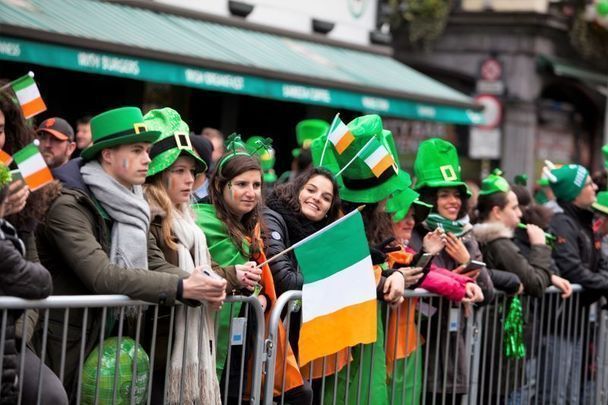 A St. Patrick's Day parade in Dublin before the COVID-19 pandemic. Rolling News

Tanáiste Leo Varadkar has hinted at a double bank holiday for St. Patrick's Day next year to say thank you to frontline workers for their efforts during the pandemic.

Varadkar told RTÉ radio's Today with Claire Byrne that March 17 and 18 could both be bank holidays next year, creating a four-day weekend.

He said that the extra bank holiday would serve as a day of remembrance for all those who died during the pandemic and as a thank you to frontline workers.

However, he told Claire Byrne that the mooted idea of a St. Brigid's Day bank holiday at the beginning of February would not be going ahead because it is too late to give employers sufficient notice.

"In the last week or so we feel that announcing the public holiday for January 31st or February would be inappropriate given where we are. The pandemic isn't under control," Varadkar said.

Varadkar said that the Government did not want to introduce an "additional public holiday when our hospitals are in a difficult situation".

However, a report in the Sunday Times stated that those plans had been shelved by rising COVID-19 infections, which brought talks at the Labour Employer Economic Forum to a temporary halt.

The delay to the forum placed the St. Brigid's Day plans in jeopardy as employers say that they need sufficient notice to plan for a public holiday.

The forum had initially planned to conclude negotiations on a new public holiday by the end of November.

The Sunday Times reports that employers are resistant to the idea of a new permanent bank holiday but are supportive of a once-off holiday next year as a "pandemic bonus".

Ireland currently has nine public holidays, while European countries such as Austria and Italy offer 13 and 12 respectively.

More than 12,000 people have signed the group's online petition, while the campaign has been supported by the Women's Parliamentary Caucus and the Green Party.