Emergency services are responding to a serious explosion that occurred at an Applegreen Service Station in Creeslough, Co Donegal on Friday afternoon. 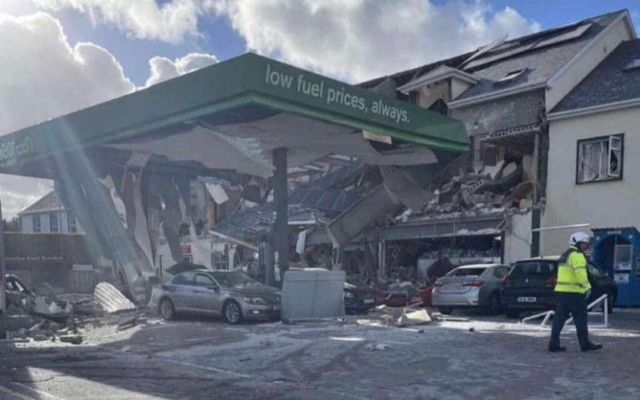 Several people are understood to be trapped following a major explosion at a gas station in Donegal.

Emergency services are responding to an incident that took place at an Applegreen Service Station in the village of Creeslough shortly after 3 pm on Friday, October 7.

A number of apartments near the gas station were also seriously damaged in the explosion, the Irish Independent reports.

RTÉ News reports that several people have been badly injured in the blast, while several ambulances are attending the scene.

A number of cars were also damaged by falling debris.

An Garda Síochána have warned road users of a serious incident in the Donegal village.

"An Garda Síochána are asking any road users intending to travel to Creeslough to consider alternative routes," gardaí said in a statement.

All roads into the village have been cordoned off.

Letterkenny General Hospital has implemented an emergency protocol in response to the incident. The hospital is understood to be preparing for multiple casualties and has recently released a statement confirming that multiple people are in need of immediate attention. People are urged to avoid visiting the hospital's emergency department if possible.

Thoughts and prayers for the people of Creeslough, Co. Donegal. Apparently the local petrol station exploded. Hope everyone is ok. pic.twitter.com/uODada0kAu

Independent Donegal Councillor John O'Donnell told RTÉ News that there was a "massive explosion" on Friday afternoon that caused damage to a shop and apartment complex.

A woman working in the village at the time told RTÉ that the explosion shattered the windows of a nearby AIB branch.

One Creeslough local told the Irish Independent that they heard the explosion from 5km away.

Pearse Doherty, a Sinn Féin TD for the Donegal constituency, described the incident as "devastating".

My thoughts and prayers are with all those injured in the explosion in Cresslough. Devastating news.