Coronavirus patient in Ireland speaks out; Irish authorities say no to lockdown for now

As one male becomes the first coronavirus patient in Ireland to speak publicly, Irish authorities are continuing to monitor the evolving situation. 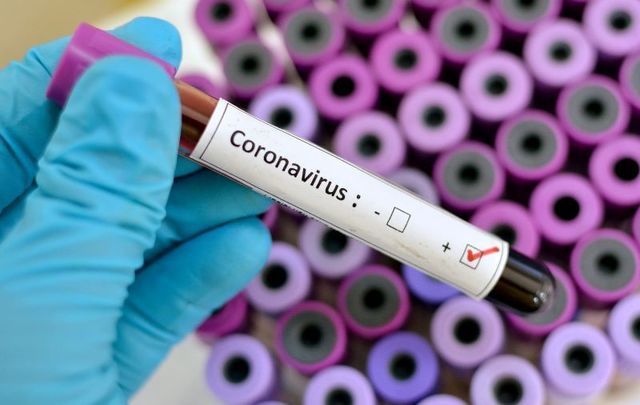 A male has become the first coronavirus patient in Ireland to speak out about his experience. Getty Images

The male patient, identified only as “Paul,” told RTE’s Claire Byrne Live that he had recently traveled abroad before returning to Ireland where he currently lives. He said that upon his return, he developed a fever, so he began to self-isolate and contacted authorities, who sent a medical officer to test him.

"I didn't have any severe symptoms, I actually feel great, I had a fever for a couple of days" - Coronavirus patient

For the first time in Ireland a Covid-19 patient speaks out on #CBLive about his experience. pic.twitter.com/TiGMQmzIEo

Read More: All St. Patrick's Day parades in Ireland canceled due to coronavirus

Paul said the medical expert who visited him at his home was wearing full protective gear and was only in his home for about five minutes. Within 24 hours, he learned he indeed did have coronavirus, and he was transported to hospital by ambulance very quickly.

“The only symptoms that I had was basically the fever,” Paul said. “I didn’t have any respiratory problem, any lung inflammation, any cough, any sneezing, so it was just the fever.

He admitted he was a “little bit worried of course” when he first learned he had tested positive considering “it’s a new virus and all this information is going around.”

Paul now says: “It might be dangerous, but at the same time most of the people recover and that is the official information that we have. So based on the facts, and that I am quite young, I was not scared.”

Paul said he didn’t have any severe symptoms and while he “feels great now,” he will remain in the isolation in the hospital until he goes two consecutive days testing negative.

Apart from isolation being “boring,” Paul says he's fine and urged other people to only take advice from relevant authorities, not from people “who don’t know what they’re talking about.”

As of March 9, the Republic of Ireland has reported 24 confirmed cases of coronavirus. The first case was reported on February 29.

Ireland’s acting Taoiseach Leo Varadkar said that “up to 50 percent or 60 percent” of the population could get the virus.

“There will be a significant proportion who will require critical care, and a percentage that we don’t know, we honestly don’t know yet – it could be less than 1 percent, it could be as much as 3 percent, or 3.4 percent – mortality. But when you’re talking about 1, 2 or 3 percent of half the population, those are very big figures.

“This could go on well into next year,” Varadkar added.

As the number of confirmed coronavirus cases in Ireland continues to grow, the Irish government has taken action in hopes of preventing further spread, including advising that all St. Patrick’s Day parades in the country not proceed.

Ireland’s Department of Foreign Affairs is now advising people not to travel to Italy, which remains the worst-hit country in Europe. On March 9, the entire country of Italy, where there are now more than 9,100 confirmed cases, was placed on lockdown.

?? The @dfatirl #traveladvice for #Italy has been updated to "Do not travel" due to the #COVID19 outbreak: https://t.co/UMpDlfmsxF ("Overview > Latest Travel Alert > COVID-19" & "Security Status") #COVID2019 #COVIDー19 #Covid_19 #italylockdown #ItalyCoronavirus @IrlEmbRome

Irish authorities, however, have indicated that a similar lockdown in Ireland would be premature.

Ireland’s Chief Medical Officer Dr. Tony Holohan said on Monday: “I think it’s important that we do not start them before they’re necessary, we’ll end up ultimately with a population whose compliance with them we require.

“We will need people to comply with those arrangements and if we start things early, people get fatigued with them, they cause significant hardship socially and economically and the compliance levels go down and they lose their effectiveness.

“That’s a concern we would have. There’s a question around the identification of the appropriate measures and the timing of their implementation relative to the stage we’re at with the infection.”

Dr. Holohan added: “It is an unprecedented situation to see a developed economy in Western Europe implementing quarantine type measures that are almost from a bygone era in terms of their impact.”

Tanaiste Simon Coveney made similar remarks on RTE's Morning Ireland on Tuesday morning: “If you shut a country down, you can cause significant damage to people’s quality of life.

“So we’re trying to issue advice based on the public threat. We need to listen to experts. This response needs to be expert-driven rather than [politicians] going on a solo run. Meetings are happening literally every day.

“I think that what we’re trying to do here is to respond to a crisis as it develops, and [trying not to] use all your ammunition before [the situation] develops. The advice will be updated on a daily basis.”

As of Tuesday afternoon, there are more than 116,000 confirmed cases of coronavirus worldwide and more than 4,000 deaths. There have been more than 64,000 recovered cases.

Read More: Confirmed coronavirus cases in Republic of Ireland more than doubles in one day