1.9 million Irish could get Coronavirus: report

As many as 1.9 million people in Ireland could become infected with COVID-19 (Coronavirus). 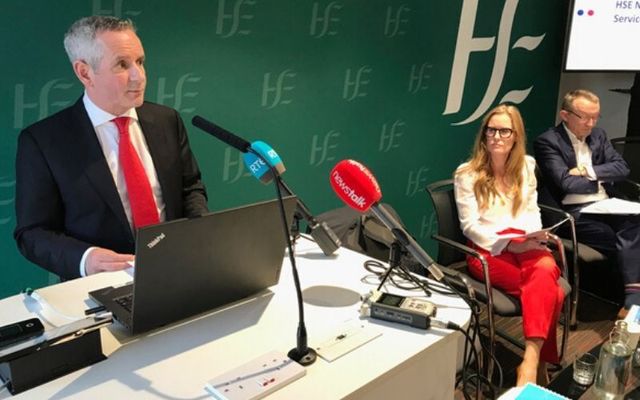 As many as 1.9 million people in Ireland could become infected with COVID-19 (Coronavirus).

A report in the Sunday Business Post draws on the opinions of several health officials who think that up to 40 percent of the Irish population could become infected. The Health Service Executive (HSE) has not been able to refute those claims.

Paul Reid, the HSE's CEO, said that the health body was "building its evidence" based on figures from the WHO and the European Center for Disease Control.

Talking to RTÉ Radio One, Reid said that the HSE was preparing for a large scale outbreak.

"The article talks about 40% of the population, and there’s ranges, you’re talking from 30-50%, and some less. And there are very significant differences in terms of impact. So we’re working through that right now."

He said that roughly 80% of people who contract COVID-19 will remain relatively well, while approximately 15-20% of people will become "more critical."

He added that the mortality rate would be around 1%.

Ireland currently has 21 confirmed Coronavirus cases since the first case was diagnosed on Feb. 29.

Reid said that the HSE would complete its projection research next week but that it could not dispute the claims in the Business Post at present.

He also said that half of those cases could be confirmed within a three-week period, which would put significant strain on Irish health services.

Reid said that the HSE was trying to make sure that the cases were spread out over a longer period of time to mitigate the damage.

If you have returned from a country or region with spread of COVID-19 (#coronavirus) visit our website for advice. https://t.co/29felTHXMn pic.twitter.com/0UPKgJ25L4

He said that the National Ambulance Service was already performing COVID-19 tests on people in their homes to reduce the strain on hospitals and to reduce the risk of spreading the virus even further.

"In the last few days, they’ve dealt with 300 people in their homes, and you may have seen recently down in Lahinch, the National Ambulance Service established a remote testing in an old Garda station. And again, almost 50 people tested there."

Several hospitals in Ireland have also reduced outpatient appointments and elective surgeries to deal with the outbreak.

The University of Limerick Hospital Group, for instance, has almost completely stopped the appointments and elective surgeries in each of its six hospitals.

The hospitals have also imposed an almost total ban on visitors with some exceptions reserved for the parents of young children and for patients who are close to death.

Cork University Hospital has also restricted its outpatient appointments after 100 staff members were placed in self-isolation after coming into contact with a confirmed case at the hospital.

St. Vincent's University Hospital in Dublin has also imposed severe restrictions on visitors to deal with the outbreak.

However, more than 60,000 people have recovered and China, where the virus originated from, is currently dealing with less than 20,000 cases.

The country is experiencing a sharp decline in new cases and only 43 cases were diagnosed on Sunday, the lowest since Hubei province was placed on lockdown on Jan. 23.

Around .005% of China's population has been diagnosed with COVID-19 or 56 people in every million, making the Irish project quite surprising.

If it were to come to fruition, roughly 400,000 people in every million in Ireland would contract the disease, which equals an infection rate that is over 7,000 times worse than China is currently experiencing.