One of the latest people to contract the virus was a healthcare worker in the south of the country who was in close contact with another infected patient. 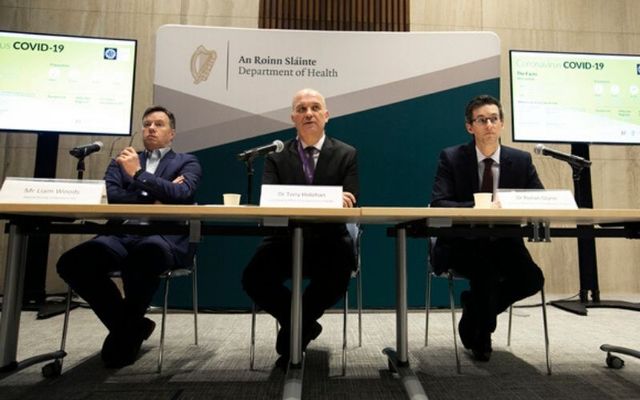 Five new cases of COVID-19 were diagnosed on Friday night as the number of infected people in Ireland rose to 18.

One of the latest people to contract the virus was a healthcare worker in the south of the country who was in close contact with another infected patient.

Two other people in the south of Ireland who had recently traveled to affected areas were also infected, while a man in the east who had just traveled from Northern Italy was also diagnosed with the virus. A female in the west of Ireland who was in close contact with a known case was additionally confirmed.

There was also a fourth diagnosed case in Northern Ireland, bringing the tally on the island of Ireland to 22.

Chief Medical Officer Dr. Tony Holohan maintains that the risk of contracting the virus remains low and said that 18 infections is still a low number.

He appealed to people to follow guidelines from the Department of Health and said that the country needed to deal with the threat of a COVID-19 outbreak in unison.

Holohan advised against using face masks or gloves as part of "routine self-protection" for members of the public.

He believes that masks are not necessary at this time.

A number of hospitals across the country have banned visitors and canceled elective surgeries and outpatient appointments in response to the rise in cases.

All elective surgeries and outpatient appointments in the six hospitals in the University of Limerick Hospitals Group have been canceled for next Monday and Tuesday.

All elective surgeries & outpatient appointments across our 6 sites are cancelled on Mon & Tues, March 9, 10.
We regret any inconvenience & distress this may cause to our patients. All affected patients will be rescheduled at the earliest opportunity.#COVIDー19
?Media Release pic.twitter.com/UkL9vwtLZM

A small number of exceptions will be made, including some chemotherapy and dialysis appointments as well as some expecting mothers coming in for cesarean sections.

Some visitors, including parents visiting children and people visiting patients close to death, will also be allowed to visit the hospitals.

The UL Hospitals Group said in a statement that the measures were "necessary in the interest of patient safety."

University Hospital Limerick said that it was trying to trace all people who came into contact with a patient who visited an emergency room on Wednesday and was subsequently diagnosed with Covid-19.

The emergency department was close for over three hours on Wednesday night in order to perform a deep clean and hospital staff who came in close contact with the individual were told not to report for duty.

Four patients are currently being treated in isolated units in University Hospital Limerick after they tested positive for the virus.