Secrecy and hysteria - the Irish government's laughable response to COVID-19

If coronavirus has done one thing since its arrival on Irish shores last week, it has exposed yet again the abject failures of Ireland's healthcare system. The Department of Health and all relevant bodies' response to the virus has been frankly embarrassing from the offset. 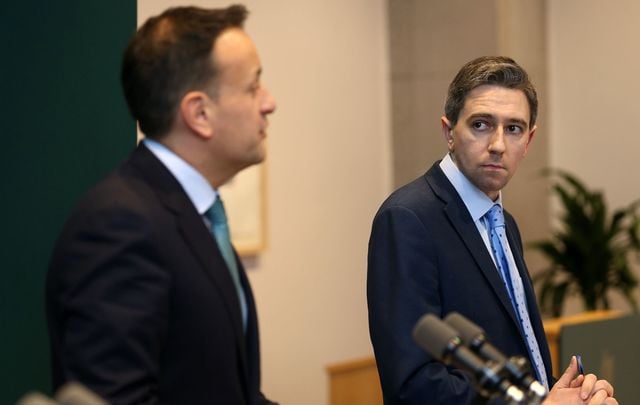 Taoiseach Leo Varadkar and Ireland's Minister for Health Simon Harris. The Irish government has responded to the coronavirus outbreak with secrecy RollingNews.ie

If coronavirus has done one thing since its arrival on Irish shores last week, it has exposed yet again the abject failures of Ireland's healthcare system.

The Department of Health and all relevant bodies' response to the virus has been frankly embarrassing from the offset and the current policy of releasing as little information as humanly possible comes off as strikingly Orwellian.

As of Friday evening, Ireland has had 18 confirmed cases of coronavirus since the virus came to world attention in January and so far, the Health Service Executive (HSE) has deemed it appropriate to give only the vaguest details about the diagnoses.

When the first case was diagnosed on February 29, for example, Irish health authorities gave a press conference and announced that a male in the east of the country had contracted the virus.

Considering the east of Ireland contains almost half of the country's entire population, how can the HSE expect residents in the affected area to be at their most vigilant?

If this dearth of information seemed overtly draconian, it was nothing to what came next.

Ireland's first case turned out to be a teenage boy who had recently embarked on a skiing trip to Northern Italy. Inevitably, his school was closed for two weeks as a precautionary measure to prevent further spread of the virus. 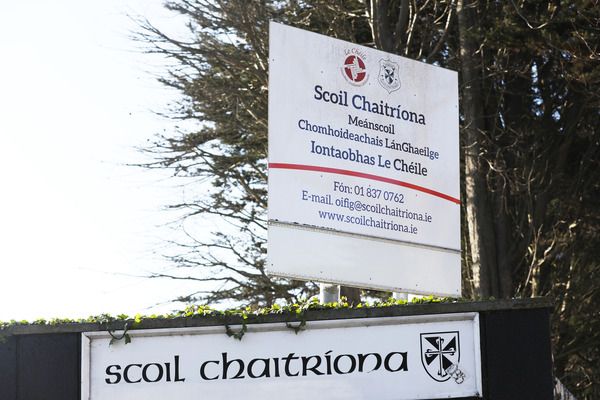 Scoil Chatriona was closed due to the outbreak - Rolling News

While closing the school was a necessary measure, the decision not to name the school beggars belief.

The Department of Health said that it concealed the name of the school to "protect the individual" who had been diagnosed with the virus.  Chief Medical Officer at the Department of Health, Dr. Tony Holohan said that this was to assure members of the public who might have symptoms that their confidentiality would be protected if they came forward.

There are a number of issues with this response.

On the other hand, an open and transparent discourse would help to ensure that people are vigilant.

Secondly, COVID-19's arrival on Irish shores has been considered inevitable for weeks. If the Department of Health was worried that the Irish public would blame the unfortunate teen for bringing it here, they were, at best, misguided.

Lastly, and perhaps most importantly, if the Irish government was looking to create hysteria, paranoia, and panic over a potential outbreak, they went about it in precisely the right way.

Secrecy naturally leads to fear and rumor-mongering and the decision not to name the school had the potential to create both.

Rumors spread like wildfire on social media and a number of schools were incorrectly labeled as the affected school. It was always going to happen.

Ireland seems to be the only major country to have taken this secretive approach.

Even the much-maligned UK and US responses have been far more forthcoming with information about newly-confirmed cases.

For all their faults in responding to the crisis, the US Government has given clear and precise information about each newly-diagnosed case.

The US Department of Health recently issued a statement about a confirmed case in Washington State, for example, which named both the area where the virus was diagnosed and the school that had been closed as a result of the diagnosis.

Similarly, the British Government has been open about how they are treating infected citizens, rather than treating confirmed cases as if they can never be welcomed back into society.

It may come as a surprise to some in the Irish government, but students in one school can, in fact, interact with students in another. Did they really expect young kids not to tell their friends that they had two weeks off school?

And did they additionally think that the people of Glasnevin, which has a population of roughly 50,000 people, wouldn't notice that a relatively large school on the side of a main road wasn't opening for two weeks?

The Department of Health also failed to consider the parents of children at the school, who would inevitably inform concerned neighbors and friends about the closure.

Hence, a letter sent by the HSE to parents with children in Scoil Chaitriona circulated on Twitter about ten minutes after the announcement.

Arguably the most embarrassing thing about the sordid affair was the fact that the Department of Health tried to claim that the letter was a hoax.

In a now-deleted tweet, the health department claimed that the letter was "fake", something that would comically backfire on them when one of Ireland's leading politicians confirmed the closure.

The attempt to keep the name private in this era of instant news was laughable and it was made to look even more pathetic when Mary Lou McDonald - the leader of Sinn Féin - tweeted about it.

Home with the kids after a confirmed case of the coronavirus at their school. I’m postponing meetings in Cavan + Galway as I’d like to stay close to home. Stick to the medical advice, wash your hands with warm soapy water. Stay safe. https://t.co/07s79Wf6UV

Unfortunately for the Department of Health, McDonald's children attend Scoil Chaitriona and she saw fit to keep the public informed.

It is a damning indictment of Ireland's health department when the leader of its most popular part openly betrays its request for secrecy.

The Irish response of misdirection has more closely resembled something from Soviet Russia than something you would expect from a modern democracy.

But the Irish Government has spectacularly mismanaged the coronavirus outbreak from the getgo - even before the aforementioned case in Glasnevin - when a woman in Northern Ireland became the first person on the island of Ireland to be diagnosed with COVID-19.

Again, the Department of Health saw fit to take an overtly secretive approach.

The department announced that the woman traveled to Belfast via public transport after arriving at Dublin airport but decided that the public didn't need to know anything else, namely what date she traveled on, what route she took or even what flight she was on.

Imagine you had recently taken that route to Belfast and now imagine the unnecessary panic and stress that concealing such vital information would cause.

On the other hand, imagine they had released more specific details. What damage would that do?

It's just another example of how the health authorities have completely bungled the outbreak of COVID-19, from a communication point of view, and it's genuinely impossible to see what the point of all the secrecy is.

What do you make of Ireland's response and management of coronavirus? Let us know in the comments, below.