Aaron McMahon, from Shanagarry, Co Cork, was diagnosed with cancer of the skull when he was 16. 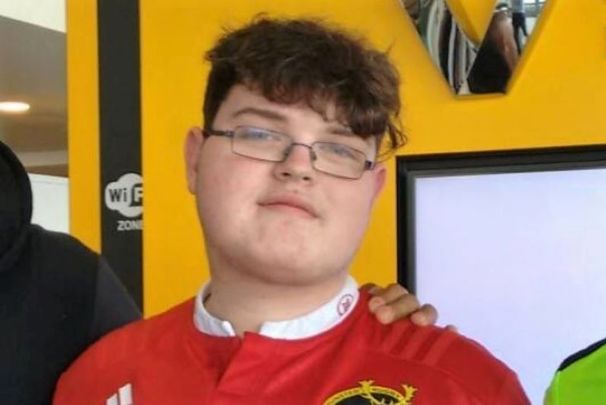 A Co Cork man with terminal cancer who was told he wouldn’t see survive to see the age of 18 just celebrated his 21st birthday.

Aaron McMahon, from Shanagarry, Co Cork, was diagnosed with cancer of the skull when he was 16.

In the summer of 2018, on his 18th birthday, he underwent an 11-hour surgery to remove a chordoma tumour at the University of Pittsburgh Medical Center in the US.

Since the operation, he has returned to Pittsburgh for additional medical treatments and has also had to travel to Essen, Germany for medical care, reports EchoLive.

“It is weird having a big milestone like this having been told that you wouldn't see past your 18th. Now three years on and you are living your life with family and friends celebrating it.

"Over the weekend we had a small party to celebrate as a family,” he told the Opinion Line on Cork's 96FM on turning 21.

“I was sixteen when I was first diagnosed with the tumor. From then on it was a rollercoaster."

Happy 21st Birthday Aaron. Aaron will be speaking with Fiona Corcoran 96fm Opinion line around 10:30am today. 3 years post surgery and doing well. Thanks to everyone who helped Aaron.

According to CorkBeo, chordoma is an extremely rare cancer with just one in ten million children being diagnosed with it and one in a million adults.

Aaron said: "I didn't really understand it fully at the time, it felt like my life was on hold while I was fighting it.

"Because of the brain damage I didn't get to finish school and I want to work but I can't right now, I have been inside a lot over the last year as well due to COVID.

Aaron must undergo scans every six months. He is now in reasonably good health, but still worries.

"At the moment I feel the best I have in three years but I still haven't gotten over it. I am worried every day and I get panic attacks every time I go for a scan because I am afraid of getting more bad news.

"I am still trying to work on myself physically but I do feel like life is on hold while I am worrying about it," he said.

"I do have a lot of hope as well as doubt moving forward, but I want to move on and live a normal life.

"I can't control it. I dwelled on it a lot and blamed myself for a long time but now I just want to move on.

"I am always thinking 'where is my mark in life' I want to make my mark on something rather than being remembered for having cancer.

"I have been looking into courses and I am interested in media and photography and that sort of thing. I am looking into options and how it will work for me long term if I get sick again.

"I want to make sure if anything else happens to me in the future that everyone else around me will be ok."

Aaron’s father, Paul, has expressed his gratitude to the community for their “phenomenal” fundraising efforts on his son’s Go Fund Me page.