Co Antrim woman Julie Lillis surpasses her GoFundMe goal to get breast cancer treatment thanks to Kelly Rowland of Destiny's Child and the stars of Derry Girls. 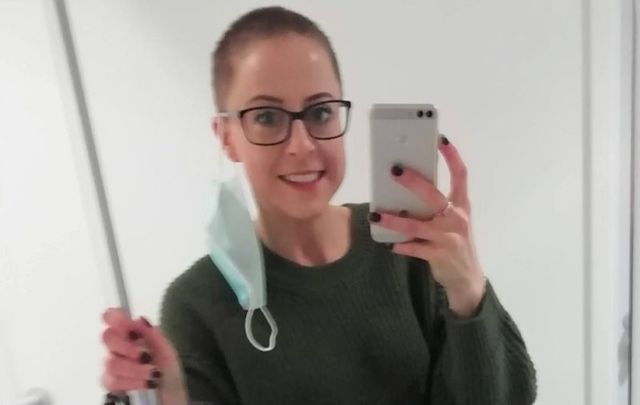 Julie Lillis, 37, a native of Co Antrim, has surpassed her GoFundMe goal for life-saving breast cancer treatment thanks to help from Kelly Rowland of Destiny's Child as well as the cast and crew of Derry Girls.

Lillis recently received the incredibly generous donation of £28,000 ($38,500) from Titan and Noah Weatherspoon, the young sons of musician Kelly Rowland, one of the three women who shot to fame as pop group Destiny’s Child.

Lillis, who was diagnosed with the aggressive BRCA1 positive, triple-negative breast cancer in September, launched a GoFundMe on June 19 to raise funds to undergo experimental but potentially life-saving treatment.

Lillis explains that a specialist consultant “advised that due to BRCA-positive triple-negative breast cancer having very limited treatment options, that I need to urgently find a way to self-fund a drug which has been having promising results in clinical trials for my cancer subtype.

“Unfortunately, this drug isn’t yet licensed or paid for on the NHS for BRCA postive triple-negative breast cancer and it is also extremely expensive.”

“I’ve been a big fan of hers for years, and it was a massive act of kindness,” Lillis said of Rowland after her donation that came on behalf of the singer’s two young sons.

“I was in tears again, I couldn’t get over it.”

Digging into Rowland’s old tweets, it seems like she and Lillis have a longstanding relationship:

@julie_lillis Hey Juls,I just wanna tell you THANK YOU SO much for showing your beautiful face tonight!You are truly an angel! *muah*

Michelle Williams, another member of the trio Destiny’s Child, also shared a link to Julie’s GoFundMe on her Twitter page which boasts nearly 810k followers:

https://t.co/yXWpFpYyJF@Julie_lillis is someone that needs our help!! ❤️

Lillis is also receiving some more local support from the beloved cast and crew of Derry Girls, where she previously worked as a production coordinator.

Lisa McGee, the creator and writer of Derry Girls, encouraged her followers on Twitter to support the “amazing” Lillis:

Our amazing Series 2 Production Co- ordinator Julie Ann is in urgent need of funds for life saving treatment not available on the NHS. Please help and share if you can #DerryGirls https://t.co/ubaADwaMPx

Siobhán McSweeny, who stars as Sister Michael on Derry Girls, also shared the GoFundMe with her Twitter followers:

Please have a look and put somepennies in the pot if you can. Thanks! https://t.co/sos2mCLuZD

Nicola Coughlan, who stars as Clare on Derry Girls and featured in the smash-hit Bridgerton in 2020, also gave Lillis a shout-out on Twitter, later adding that she was sending her “lots of love.”

A member of the #DerryGirls family, please donate if you can ❤️ https://t.co/FPSA83G6D1

And in a more symbolic gesture, US President Barack Obama has given Lillis a follow on Twitter.

In an update posted on her GoFundMe page on June 30, Lillis wrote: “A week ago I had gone days with very little sleep from being stressed and worried at the thought of needing a parp inhibitor drug that could extend my life, having no idea how on earth I'd get enough money raised to pay for it.

“A specialist consultant in London told me that I might need to be on it indefinitely or until it stops working. So with the enormity of how much 'indefinitely' on this drug might cost I planned to try and raise enough to cover a year.

“The cost for year in itself is a huge amount. I really thought it would take months to get even halfway in raising funds. Never in my wildest dreams did I think the target for a year's treatment would have been met and within a week!

“I can't thank everyone enough for all the donations, page shares, prayers, and kind words of encouragement. I've been blown away by the support, it's unbelievable, I am eternally grateful to each and every one of you.

“It's phenomenal that people are still continuing to donate. It can go towards helping me stay on treatment for longer.

“I really hope that for myself and everyone else who can benefit from this drug that it will become avaliable on the NHS. There are limited options for Brca positive triple-negative breast cancer and this truly is like a lifeline for us.

“Thank you all so much for helping me fight for my life.”