The Leac a' Ré Colouring Book, dedicated to Dingle woman Joan Lucey and other victims of the CervicalCheck scandal, will benefit the Kerry Hospice Centre. 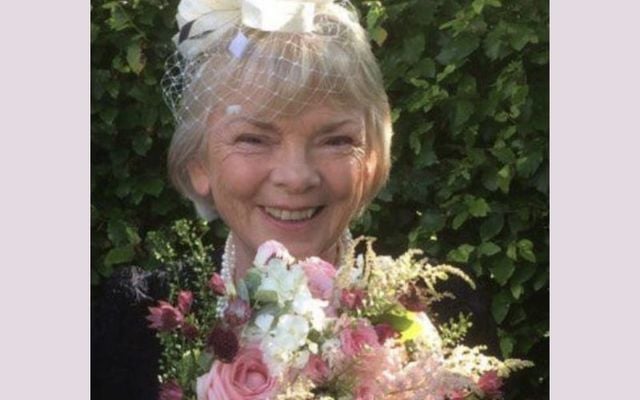 The family of Dingle native Joan Lucey, who tragically was a victim of Ireland's CervicalCheck scandal, has launched the Leac a' Ré Colouring Book charity project to benefit Kerry Hospice Centre.

Joan Lucey was a retired nurse known for her soft voice and ability to talk to anyone with warmth and ease. She grew up in Dingle town in County Kerry and went on to pursue her studies in healthcare in County Cork. Later on, she and her husband moved to Africa before they eventually returned to Kerry. 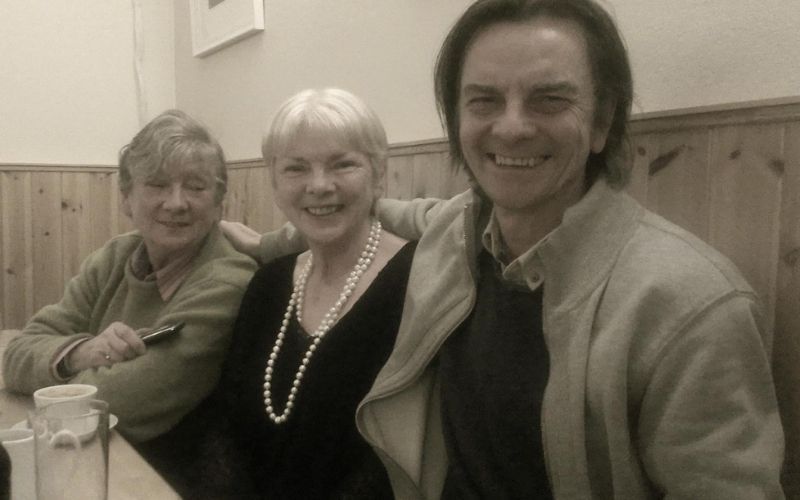 Like many Irish women, she also diligently went for her smear tests, each time receiving a negative result. Yet in July 2019, she found herself sat across from a doctor and told the unimaginable news that she had cervical cancer.

She had made her health a priority and put trust in the Irish healthcare system. Despite this, Joan became another Irish woman to receive an incorrect smear test result and tragically had her life path altered by the Irish CervicalCheck scandal, which first made headlines in 2018.

In her last days, Joan fought for justice against the negligence and failure in the public health screening service and brought a High Court case against the HSE.  Joan Lucey tragically passed away in her family home in February of this year.

Five months after her mother’s passing, Joan’s daughter Eileen Lucey, speaks to IrishCentral from her home in Germany about her mother and what inspired her to create a project in her memory.

Painting a picture of what Joan was like, Eileen explained, “My mom was an absolute force of nature, she was determined, creative, and very much a lady in every way. She always looked beautiful and immaculately dressed and she was one of the most inspirational people I’ve ever met."

After her cancer diagnosis, Joan went through treatment but in December, her health rapidly deteriorated and she was admitted to the Kerry Hospice Centre. While spending time with her mother in Dingle, Eileen came across a coloring book in the conservatory of the house.

"I asked my brother where it had come from [and] he said the Kerry Hospice gave it to my mother to help her take her mind off the horrific situation that she was going through.

"I was surprised because mom was a very active person and loved doing stuff around the house and loved her garden and was always pottering. I couldn’t imagine her sitting down and coloring something in because she was always so active."

Joan told her daughter that she enjoyed the book but she hadn't found the drawings that interesting. "She said it kind of a witty way, and [even with] all the medication she was on at the time, it shows her character that she was still able to come out with funny one-liners." 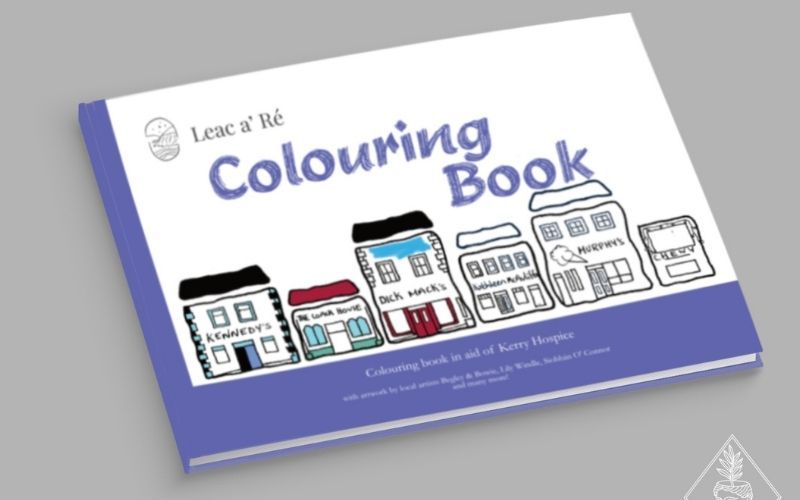 Proof cover of the coloring book

After that, Eileen thought nothing more about the coloring book until after her mother passed away. "I guess you know when somebody dies you have this feeling of numbness that you don’t really know what to do. I remember sitting in the conservatory and I saw the coloring book and started coloring in myself and I thought ‘oh wow this is actually very therapeutic."

From this, an idea to create a piece of work inspired by her mother and the area she had spent her life growing up in began to form.

Eileen spoke to her cousin Fiadh Melina Brosnan, who helps run the website for the family-run shop Leac a' Ré on Strand Street in Dingle, which was the family home Joan grew up in before it became the souvenir store it is today.

Together they decided to ask local artists to design templates of scenes from West Kerry that could be used for a coloring book, with profits going towards the Kerry Hospice Centre.

Both Fiadh and Eileen hope the coloring book brings awareness around cervical cancer screening as well as "create a lasting and hopeful piece of work that can provide a moment of calm and solace to anyone who might need it." 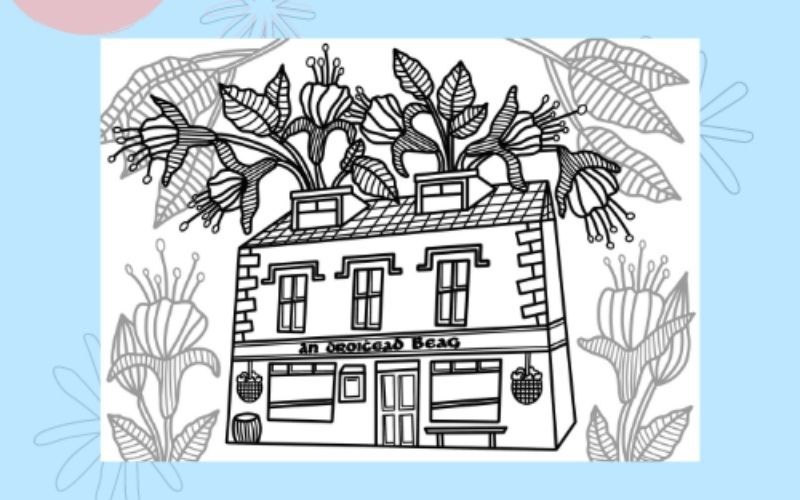 The coloring book will include drawings associated with West Kerry. Submission by @the.goddess.revolution

They’ve been taken aback by how beautiful the submissions have been so far and submissions are still open.

"My mom loved Dingle and it’s why she moved back there and I think it’s such a beautiful place to live. For me growing up there, I was so grateful for the beautiful scenery and the character of the town as well, and I think if artists can capture that and put it in a sketch that we can use to help that would be fantastic."