Irish man Iain Ward is letting donors choose a new tattoo for him every week as part of his inspirational and hilarious fundraising campaign Cure Cancer or Die Trying. 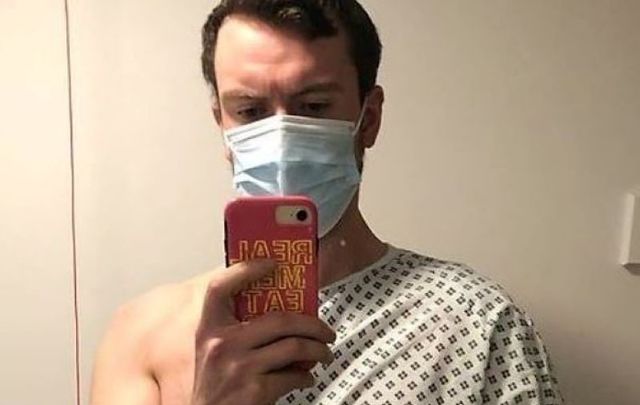 Irish man Iain Ward is attempting to raise more than €3,100,000 for cancer research in Ireland, Australia, the UK, and the USA. Iain Ward, Instagram

An Irish Celtic fan with terminal brain cancer has been tattooed with a Rangers tattoo as part of an attempt to break a fundraising world record.

Iain Ward, 32, was diagnosed with incurable cancer two weeks before his 31st birthday in 2019 after a seemingly benign growth turned out to be a brain tumor.

Ward launched an inspirational fundraiser in response to the devastating news and has dedicated the rest of his life to raising awareness and money for cancer research through his campaign Cure Cancer or Die Trying.

Ward, a personal trainer and comedian, is now attempting to break the world record for fundraising as an individual in a marathon and aims to raise €3,100,000 for cancer research in Ireland, the UK, Australia, and the USA.

Part of Ward's fundraiser involves a raffle whereby winning contestants can choose a tattoo for him every week.

"I said if you donate you are in with a lottery chance of winning a tattoo and with each entry they can put a different request per message," Ward told the Daily Star.

Scottish native Danny Geddes won one of the raffles last month and thought it would be funny if Ward got "Glasgow Rangers WATP (We are the people)" tattoed on his leg.

"It was just a teasing thing as obviously he is from the Republic of Ireland. It's a fun thing to put on there and he doesn't take it too seriously," Geddes told the Star.

"A Scottish guy won. I said 'what do you want?' He said 'seeing how you are from the Republic of Ireland and raised Catholic how would you feel about a Rangers FC tat?' My response was 'absolutely - let's do it.'"

"I think it is funny. I hate pity - I much prefer if someone takes the piss out of me."

Ward has also gotten a tattoo of a Father Ted quote - "Feck Arse Drink Girls" - on his leg in addition to a Pokemon reference.

He has raised roughly €40,000 on JustGiving, where he posts regular updates of his training ahead of the 2022 London Marathon.

"I want to do something meaningful before I die," he told the Star.

Ward said on his JustGiving campaign that he was fortunate that doctors found his brain tumor before he developed serious symtoms, meaning that he has a life expectancy of one to five years of relatively high-quality life.

All proceeds from Ward's fundraiser will go toward cancer research in Ireland, Australia, America, and the United Kingdom.