More than 97% of the files related to Kennedy's assassination are now publicly available online after the US National Archives released 12,879 documents on Thursday. 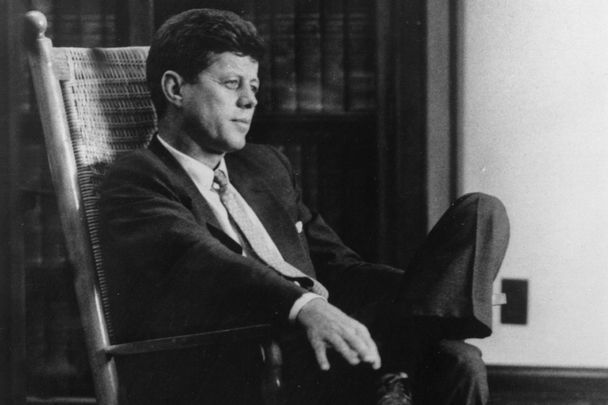 More than 12,000 US Government documents linked to the assassination of John F. Kennedy in 1963 have been released following an executive order from President Joe Biden.

More than 97% of the files related to Kennedy's assassination are now publicly available online after the US National Archives released 12,879 documents on Thursday.

Historians do not expect any huge revelations to emerge following the release of the files but hope to learn more about the events surrounding the assassination.

Kennedy was shot dead while riding in his motorcade through Dallas on November 22, 1963.

In 1964, the Warren Commission declared that Kennedy was killed by Lee Harvey Oswald, a former Marine and Marxist activist who had previously lived in the Soviet Union.

The Commission also declared that Oswald was working alone.

Oswald was shot dead two days after his arrest in the basement of the Dallas police headquarters by nightclub owner Jack Ruby, sparking conspiracy theories that the two men knew each other or had worked together to assassinate Kennedy.

However, a newly released memo to the presidential commission investigating the assassination in 1964 stated that the CIA "has no indication that Ruby and Lee Harvey Oswald ever knew each other, were associated or might have been connected in any manner".

Kennedy's assassination has spawned hundreds of conspiracy theories over the past six decades, including claims that the CIA had engaged Oswald to kill the President.

In a statement on Thursday, however, the CIA said it "never engaged" Oswald and did not withhold information about him from US investigators.

The agency also said "no new information" about Oswald's meeting with a KGB officer in Mexico in October 1963 was included in the recent release of documents.

Conspiracy theorists and historians alike had hoped that the documents would provide more information about the meeting.

According to CBS News, one newly-released document shows that the President of Mexico helped the US place a wiretap in the Soviet Embassy in Mexico without the knowledge of the Mexican Government.

In 1992, Congress ordered that all remaining files linked to the Kennedy assassination should be fully opened to the public by October 26, 2017, except for those that the current president authorized for further withholding.

Former President Donald Trump released a cache of records on the date set by Congress but decided to release the remaining files on a rolling basis.

The remaining files were scheduled to be released in October 2021, but Biden postponed the release, citing delays caused by the Covid-19 pandemic.

Biden said on Thursday that the National Archives and other relevant agencies will review the remaining redacted records.

After that review, he said, all information that the agencies do not recommend for further postponement will be released by June 30, 2023.