One of Ireland's greatest friends honored for contribution to the arts

The founder of Glucksman Ireland House at New York University is to receive the first “Tom Moran Business to Arts Leadership Award.” 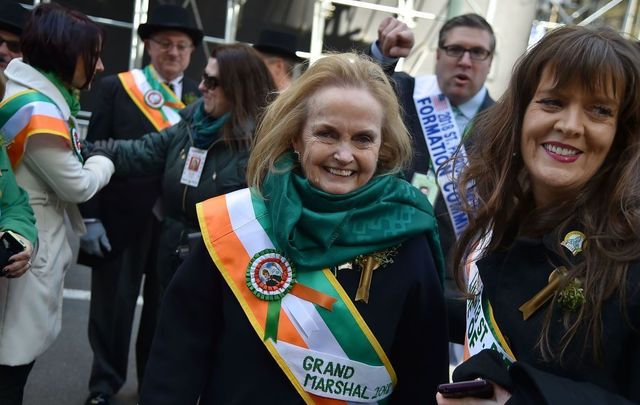 Loretta Brennan Glucksman, one of New York’s most prominent arts and culture benefactors, is to be honored by Origin Theatre Company with the first “Tom Moran Business to Arts Leadership Award.”

With the 2nd annual “European Month of Culture NYC” as its backdrop, Origin Theatre Company will pay tribute to one of New York’s most prominent arts and culture benefactors, Loretta Brennan Glucksman, at its annual Spring Gala on Monday, May 20, at 6:30 pm.

Brennan Glucksman will receive the first “Tom Moran Business to Arts Leadership Award,” named in his honor and in the spirit of Moran’s steadfast belief in the arts’ vital role in promoting civility and helping us to understand ourselves and others.

The evening, with cocktails and a buffet dinner, will include an array of international pleasures, including additional musical entertainment, and appearances by several participants in the 2nd annual “European Month of Culture NYC,” the new European multi-arts cultural festival which Origin is producing, in partnership with the Delegation of the European Union to the United States, in venues across New York.

“One of the close to 30 cultural venues for the Festival is NYU’s Glucksman Ireland House,” declared George C. Heslin, Origin Theatre’s artistic director.

“This cherished center of cultural excellence, in the heart of Greenwich Village, is another symbol of Loretta’s support of culture.  What those who know her understand, is that over the years she has taken bold and tireless action to bring people together, reduce conflict, and support many grand endeavors here and in Ireland that make our world better.”

Heslin adds, “She perfectly epitomizes the spirit of leadership of Tom Moran, who was her friend and colleague, and her acceptance of the inaugural award will set a very high standard indeed for the award in years to come.”

Born in Allentown PA, Brennan Glucksman was a television book and public affairs host on New Jersey public television when she met Lewis Glucksman, the head of the investment bank Lehman Brothers.

With Glucksman, who shared her love of everything Irish, particularly its writers, she founded the Glucksman Ireland House at New York University in 1993 and went on to become president of the America Ireland Fund where she played a vital role in mobilizing support in the US for the peace process in Ireland.

She is now chairman emeritus of the Fund and has served on the boards of The National Gallery of Ireland, The National Library, The Abbey Theatre, Trinity College Dublin, University College Cork, and the Royal Irish Academy.  She also has served on the board of Ireland’s private sector Industrial Development Agency. An Honorary Commander of the British Empire, she is the chairman of the University of Limerick Foundation and an honorary fellow of the Royal Irish Academy.

Under the artistic direction of George C. Heslin since its founding in 2002, Origin Theatre Company is devoted to discovering, nurturing, and introducing pan-European playwrights to New York audiences with work that offers unique perspectives on national identity, cross-cultural relations, and global understanding.

Supported by a board of directors with a wide array of business and cultural backgrounds, Origin produces the New York premieres of impactful contemporary plays from Europe; the annual Origin 1st Irish Theatre Festival (the 11th edition of which took place in January); the annual Bloomsday Celebration in June, new work readings, artistic workshops, and other special events each year.