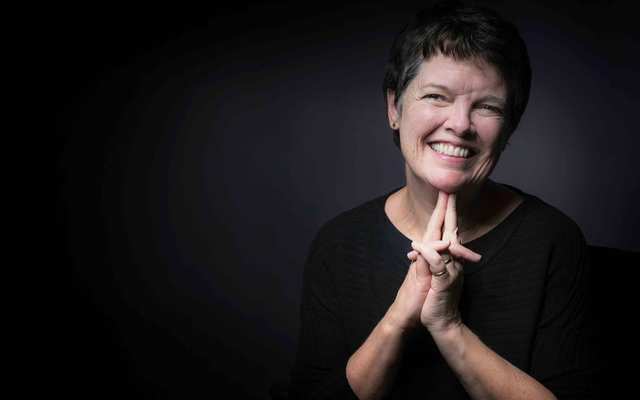 The landmark House, nestled beside the triumphal Washington Square Arch at the foot of Fifth Avenue in Greenwich Village, has been a jewel of culture and scholarship for 25 years now. It is a welcoming haven where students, professors and visitors enjoy a communal cup of Barry’s tea (and sometimes something stronger) in a charming setting, and where the sounds of music and lively exchanges in both the English and Irish languages are overheard in different rooms.

25 years in the making! Celebrating the Dublin launch of “Being New York, Being Irish” at the Royal Irish Academy. @RIAdawson @IAP_MERRION @dfatirl pic.twitter.com/J3EaPmIXwk

Just a few months before he passed away, the celebrated poet and Nobel Laureate Seamus Heaney described Glucksman Ireland House and the vision of its founders, Lew Glucksman and Loretta Brennan Glucksman, in a poem entitled Lauds for Loretta:

What is it about being Irish in America that evokes so much fascination and friendship? Some of it is explained by the magic of our story-telling, well-illustrated in a fabulous new, lavishly-illustrated book, “Being New York, Being Irish,” that celebrates the quarter-century of Glucksman Ireland House. Edited with great panache by Terry Golway, the book contains wonderful essays and poems by a constellation of writers and scholars including Alice McDermott, Colm Tóibín, Dan Barry, Marion Casey, Colum McCann, Maureen Murphy, Paul Muldoon, Billy Collins and Peter Quinn.

John Connolly launches Being New York, Being Irish - on the two-way influence between Irish & American fiction; on the curious and passionate work undertaken at Glucksman Ireland House @GIHNYU. Loretta Brennan Glucksman coming home to @RIAdawson home away from home for @GIHNYU pic.twitter.com/T1DWFAAu15

This important book is an ideal Holiday gift for family or friends who enjoy enchanting and gripping writing about the Irish in America, including our songs, our poetry, our stories and our history. And as one prominent Irish journalist said to me last week, “don’t be put off by ‘Reflections’ in the title and ‘Academic’ in the publisher’s name, this is a great, enjoyable and informative read.”

The new Director of Glucksman Ireland House Professor Kevin Kenny said at the book launch in New York, “I’ve had many opportunities over the years to attend lectures in this wonderful building and to present some of my own work. But it was only when I read this book that I got a full sense of the extraordinary range of literary, historical, and cultural work that has been done here over the last quarter century.”

“Being New York, Being Irish” takes the reader on an exciting journey through the past 25 years when nearly every Irish artist and celebrity performed or presented at the House, including Bono, Jean Kennedy Smith, Jimmy Breslin, Pete Hamill, Senator George Mitchell, Mick Moloney, Mary Higgins Clark, Liam Neeson, Terry George, Jim Sheridan, Frank McCourt, Jimmy Galway and so many more.

Over that time Frank McCourt won a Pulitzer Prize for Angela’s Ashes (Dan Barry tells the story in this book of how McCourt wrote that memoir), Riverdance broke all the attendance records ever set, Seamus Heaney was awarded the Nobel Prize and two women were elected President of Ireland.

The book opens with an eloquent call to action by best-selling author Colum McCann: “To engage with what has been created. Our music. Our theater, Our painting. Our film. Our sculpture. Our literature. Our dance. All of it. The mystery of it all.” 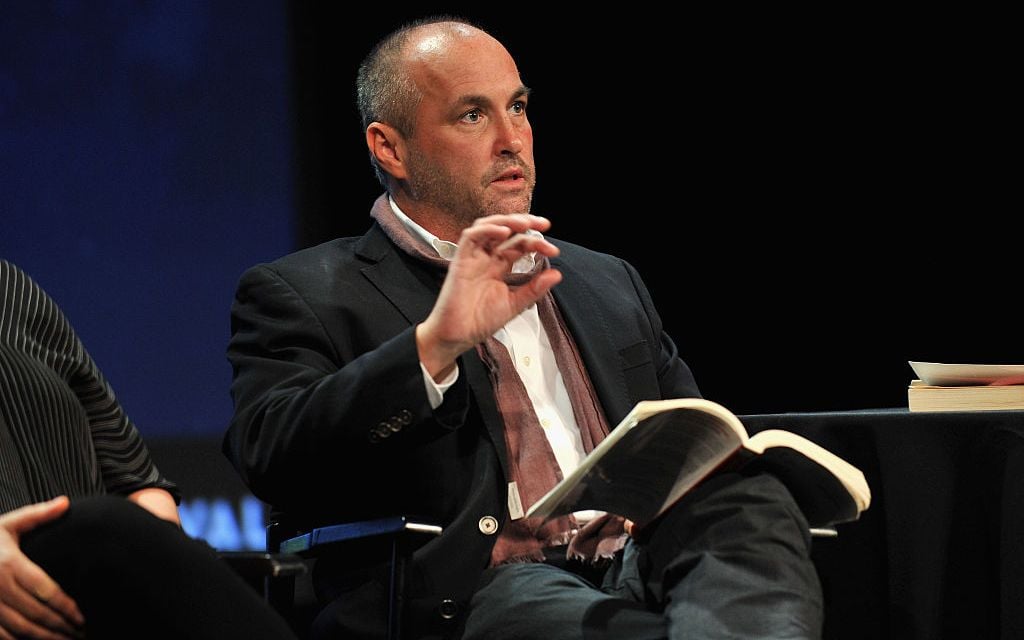 And lest he sound too po-faced, McCann urges us, “To never forget that we have a sense of humor. To stop talking shite. And then to continue talking shite. In fact, to talk more shite than anyone else. Especially when we are told not to.”

In his essay, the newly-reelected President of Ireland Michael D. Higgins asks a profound question, “How are we to sustain Irish American identity in the twenty-first century?”

His answer: Invest in Irish cultural programs such as Glucksman Ireland House which connect third and later generations with the heritage and ancestry of their forebears. This indeed may be the best way to save Irish America with immigration from Ireland down to a trickle. If we don’t educate future generations about our culture we may end up in the same terminal state as other ethnic identities.

A book reviewer urging American Jews to embrace their culture, warned recently in the New York Times: “American Jews are two or three generations away from being as Jewish as ‘Irish’ people whose Irishness consists of drinking green beer on St. Patrick’s Day.” This reviewer was clearly not aware of the millions of Irish Americans who have an authentic sense of Irishness due to their knowledge of Irish culture, literature and history.

Wonderful launch of ‘Being New York, Being Irish’- 25 Years of Irish America at @GIHNYU this evening with editor Terry Golway and many of the contributors, including author Alice McDermott pic.twitter.com/TxoAjleu1b

Patricia Harty, editor of Irish America magazine (which has done so much along with IrishCentral to sustain our identity), tells the story that when she and Niall O’Dowd decided to publish Irish America in 1985, “we were on the verge of something new, exciting and tumultuous both in Irish American life and in publishing.”

She writes that “Under Robert Scally, the wise inaugural director, and later Joe Lee, Glucksman Ireland House became a place where hope and history rhyme; a place that bridges the gap between Irish and Irish America, and the home of one of the finest Irish Studies programs in the world.”

Another essayist in “Being New York, Being Irish,” Hasia Diner, Professor of Jewish History at NYU, reminds us that the Irish “willingness to challenge American Protestantism paved the way for the flourishing of Judaism. In our own day, their legacy should be seen as a bulwark against Islamophobia.”

Anybody who has experienced the energy and exhilaration of St. Patrick’s Day in New York City will relish Colm Tóibín’s evocative memoir of a St. Patrick’s Day week in 1989. Irish Ambassador Dan Mulhall writes in this book that “given our close historical and cultural connections with America through the American Irish, Ireland seems poised to play a bigger role as a conduit between the US and the EU.”

Irish Ambassador to the US Dan Mulhall

Dr. Nyhan Grey as Director of Graduate Studies oversees the popular MA program in Irish and Irish American Studies which has been a pathway for many students to teaching, publishing, film and pursuing Ph.D.’s in American and Irish universities.   Some of the students (like this reviewer) are non-traditional who simply want to deepen their knowledge of Irish studies and research.

Enjoy this book, send it to your family so they can relish their heritage and raise a glass over the Christmas to the next twenty-five years of Glucksman Ireland House, as Seamus Heaney said, “A feis, a court of poetry, a seisiún, academy and legacy, a boon.”

Ted Smyth, President of the Advisory Board of Glucksman Ireland House, is researching Irish-American identity in the twenty-first century.

The book can be purchased on Amazon, at Barnes and Noble stores in New York and directly from the publisher, www.irishacademicpress.ie

*Terry Golway is also the author of “Frank and Al,” an insightful book about the extraordinary partnership between the patrician FDR and the streetwise Irish American Al Smith.

Iconic Dublin street signs up for sale on eBay