Pat Quinn, the founder of the viral Ice Bucket Challenge for ALS, recorded a commencement address for his alma mater Iona College prior to his death. 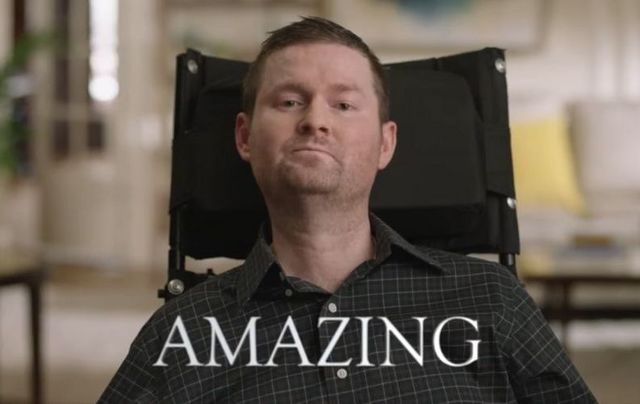 Irish American Pat Quinn recorded a special commencement address for his beloved alma mater Iona College prior to his death at the age of 37 in November 2020.

In his address, which was posted online on May 24, Quinn says: “ALS has taken so much from me, however, it will never beat me. The disease will never win because I won’t allow it.

“It may one day take my physical life, but my fight will last forever.”

In the touching video, Quinn chronicles his time from being diagnosed with ALS at the age of 30 in 2013 to co-founding the ALS Ice Bucket Challenge which went viral and raised hundreds of millions of dollars for ALS research.

“My message to you is that life isn’t about getting hit and hiding in a corner," Quinn says in the video. "Life is a challenge, it’s meant to be.

Quinn added: “I want to light your inner fuel. I want you to know you can be a game-changer. Take your life head-on and be prepared to fight for everything you want in life. It’s in all of you, you just need to have the courage to let it out.”

The inspirational message closes with Quinn saying: “When I look in the mirror every day, I think, ‘Keep going and make a difference because life is amazing.’”

In less than a day since being posted, Quinn’s video has been viewed on YouTube more than 1.4 thousand times.

Quinn graduated from Iona College in New Rochelle, New York in 2006. A member of Iona Rugby's Hall of Fame, Quinn received Iona College's Blessed Edmund Rice Humanitarian Award at the 2016 Board of Trustees Scholarship Award Gala and was honored at the 2019 Goal Club Hall of Fame dinner as the inaugural recipient of the Pat Quinn '06 Courage Award.

Speaking during the virtual commencement on May 23, Iona College's President Seamus Carey, Ph.D. said: “Pat Quinn embodied the spirit of Iona College. With perseverance and faith, he fought the good fight and proved to the world that one individual can make a profound difference.”

Iona paid special tribute to Quinn upon his passing on November 22, 2020. The tribute recalled Quinn's address just two months prior at the college's Ice Bucket Challenge where he told the crowd: "Without the support of the Iona College community, my fight wouldn’t be the same.

It is with great sadness that we join to mourn the passing of Patrick Quinn ’06, co-founder of the ALS Ice Bucket...