Pat Quinn was diagnosed with Lou Gehrig's disease in 2013, just one month after his 30th birthday. 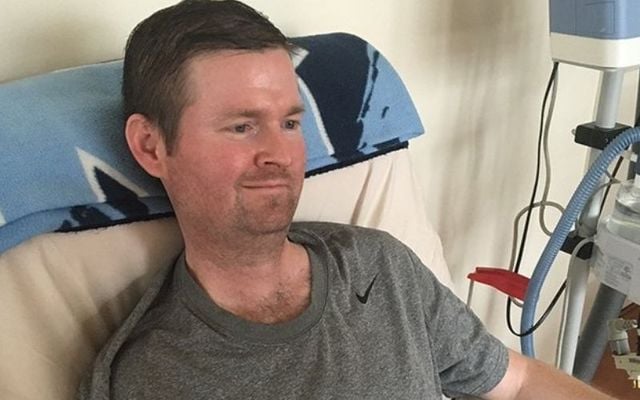 The Irish-American man who co-founded the Ice Bucket Challenge in the fight against ALS has died after losing his battle with the disease.

Pat Quinn, 37, died on Sunday, according to the ALS Association, who said in a statement that Quinn had been diagnosed with Lou Gehrig's disease in 2013, just one month after his 30th birthday.

"Pat fought ALS with positivity and bravery and inspired all around him," the ALS Association said in a statement.

"Those of us who knew him are devastated but grateful for all he did to advance the fight against ALS.

"Our thoughts are with the Quinn family and all of his friends and supporters. Pat was loved by many of us within the ALS community and around the world."

(1/4) We are deeply saddened to share that Pat Quinn, co-founder of the ALS Ice Bucket Challenge passed away at the age of 37. Pat was diagnosed with ALS in 2013 and went on to help popularize the greatest social media campaign in history. pic.twitter.com/c5PiZHRZbE

Quinn, whose father is from County Down, helped to raise more than $200 million worldwide for research into Lou Gehrig's disease - also known as amyotrophic lateral sclerosis (ALS) or motor neuron disease - when he helped co-found the ice bucket challenge in 2014.

The Irish-American first saw the ice bucket challenge on the social media feed of professional golfer Chris Kennedy. Kennedy had dared Jeanette Senerchia, his wife's cousin, to dump a bucket of icy water over her head and ask others to do the same and make a donation to charity. Senerchia's husband had Lou Gehrig's disease.

Along with co-founder Pete Frates, Quinn saw the potential of the ice bucket challenge helped popularize the challenge, with thousands of celebrities across the world taking part in a bid to raise awareness and funding for ALS research.

The ALS Association said that the challenge "dramatically accelerated the fight against ALS, leading to new research discoveries, expanded care for people living with ALS, and significant investment from the government in ALS research".

The money raised from the challenge went towards research that led to the discovery of ALS gene NEK1, the most common gene that contributes to the disease.

The ALS Association honored Quinn in 2015 for his contribution to the fight against the disease, bestowing the ALS Heroes award on him in recognition of the positive impact he had made against Lou Gehrig's disease.

Lou Gehrig's disease is a progressive neurodegenerative disease that eventually causes paralysis due to the death of motor neurons in the spinal cord and brain. There is currently no known cure for the disease.