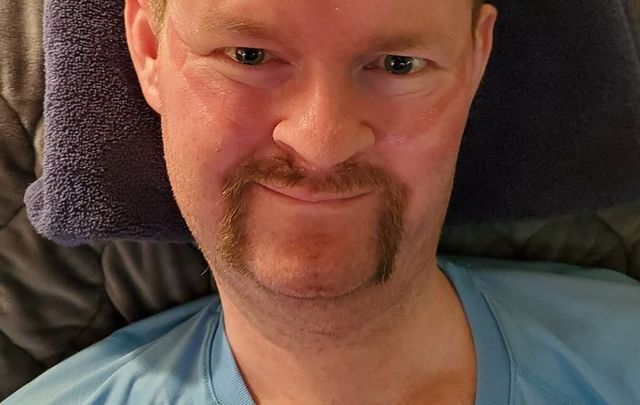 Pat Quinn and his handlebar mustache. Quinn for the Win / Facebook.

Pat Quinn had a plan a few weeks ago to raise a few thousand bucks for ALS research, challenging guys to grow a handlebar mustache for the month of June, and it didn’t take long to bust through his initial goal of $3,000.

Quinn, co-founder of the viral ALS Ice Bucket Challenge in 2014 – he’s been living with the incurable disease since 2013 – has a knack for fundraising, as proven by the $220 million raised worldwide by people dumping cold buckets of ice on each other.  His new #Handlebars4Hope challenge is more modest but no less impressive and has raised more than $34,000 towards a new goal of $40,000.

“We’re gonna make that push for $40K,” Quinn told the Irish Voice via Facebook on Monday.  “I know we’ve got one last push.  The virus has stopped all fundraisers so we need it.”

Quinn, who lives in Yonkers, had his barber come to his home to shave his virus beard into a handlebar in June; his Facebook page, and that of Quinn for the Win, has since been plastered with photos of other males getting in on the action, each of them donating to vital research for a disease that has no cure and very little in the way of therapeutics. 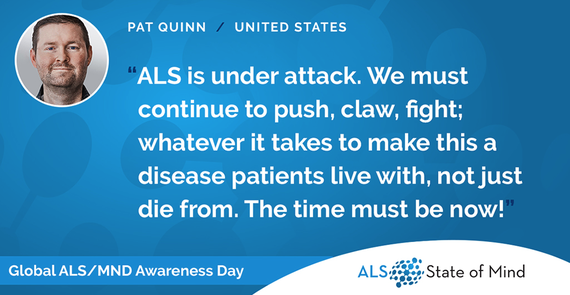 Quinn, 37, has been busy planning other events to raise funds, including his annual softball tournament which has been confirmed for Cook Field in Yonkers on August 22, and a golf tournament in September.

“#Handlebars4Hope is NOT slowing down and we are creating incredible awareness for ALS. The funding raised will push forward the work in the lab, BUT we must continue because it will take much much more to change this disease,” Quinn for the Win’s Facebook page reports.

Quinn has been keeping a close eye on all the handlebar mustaches out there while battling a small lung infection for the past two weeks.  Not surprisingly, it hasn’t gotten him down.

“I am feeling better after a new antibiotic and almost ready to get back into the game!” he says.