A day of celebration for Fungie the Dolphin was filled with trad music, ice cream, and boat trips. 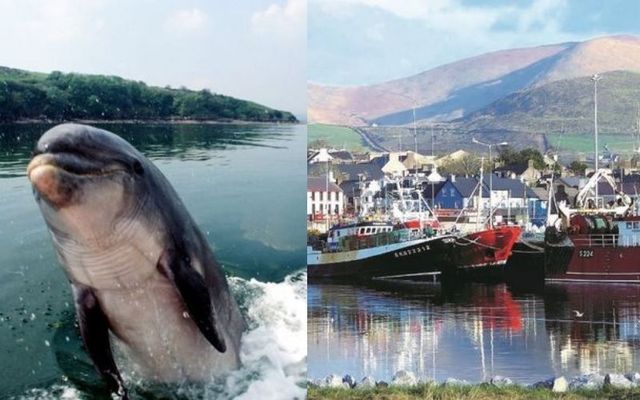 The first "Fungie Day" was a huge success in the town of Dingle, Co. Kerry Rolling News/ Getty

Crowds flocked to Dingle in County Kerry over the weekend to celebrate the life of the town's beloved dolphin.

The first "Fungie Day" was held in Dingle on Sun, Oct 17, marking a day of celebration for the solitary dolphin who went missing last year.

Local boat operators came together on the day to offer free boat trips out to the entrance of the harbor, and the public were encouraged to donate to two local charities "Dingle Coat and Cliff Rescue" and "Mallow Search & Rescue."

Live trad music kept locals and day-trippers entertained as they waited to get a turn on the boat trips and Murphy's Ice Cream was on hand walking through the crowd giving away free ice cream. 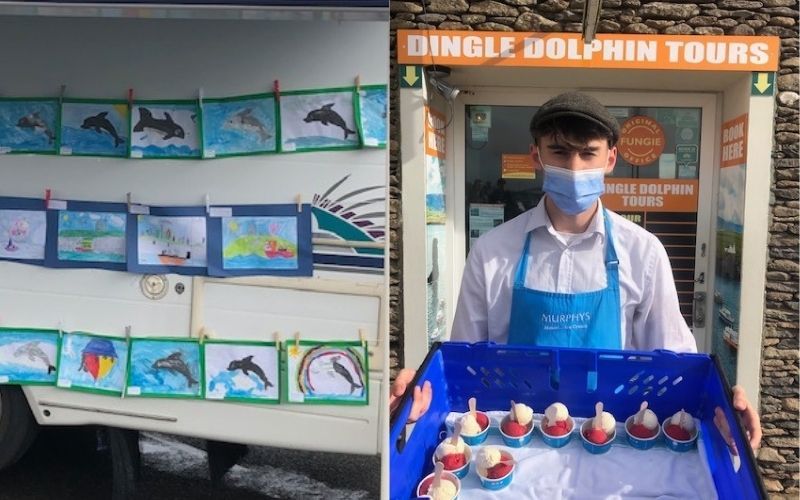 As boats brought people on a tour around the harbor, passengers were able to catch a glimpse of the new Fungie mural, created by local artist Ciara McKenna, which was unveiled from the side of the Dingle Lighthouse.

A year since he vanished…a mural celebrates Fungie the Dingle dolphin & the 37 years he spent gifting people joy at the mouth of the harbour. Paddy Ferriter the lighthouse keeper was first to spot the dolphin in 1983. Today the local community pays tribute to their lost friend. pic.twitter.com/CNzHS17ltn

Fungie first arrived in Dingle Harbor in 1983 and entertained tourists and local fishermen with his friendly and lively nature.

After he was announced missing last October, during the beginning of Ireland's second nationwide lockdown, fear grew for the dolphin's whereabouts as he never usually disappeared for more than five or six hours. Boat searches were extensive but were eventually called off.

Throughout the past year, there have been various sightings of Fungie around Ireland but none have been confirmed to be the Dingle dolphin, who is easily identifiable due to his distinctive markings.

To this day the mystery of what happened to Fungie or where he went is still unknown but as "Fungie Day" shows his spirit lives on.