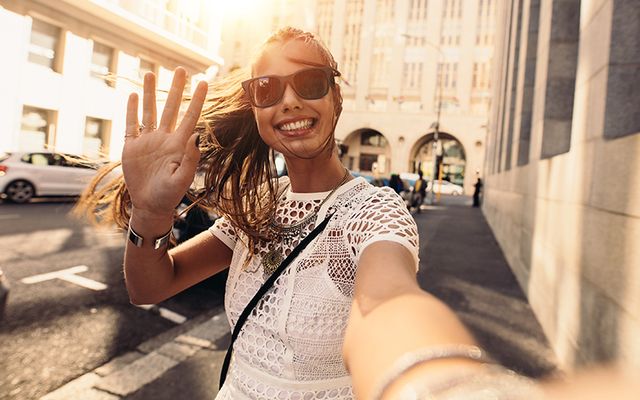 YouTube has become a new and exciting way for people to show off their creativity and voice to the world. There are tons of Irish personalities taking YouTube by storm, bringing comedy, beauty, gaming and advice videos every day. Here are just a few of Ireland’s most loved Irish YouTubers.

Melanie has a huge following on YouTube, with videos ranging from body positivity, health, beauty, sexuality, lifestyle and much more. She is also coming out with a new book “Fully Functioning Human (Almost): Living in an Online/Offline World” set to be published on August 24, 2017.

Clare makes comedy sketches, travel vlogs, videos in Irish (Gaelic) and resides in Dublin. She comes out with funny and informative content that is sure to make you laugh. She is the creator of “Irish Bucket List” which is a travel vlog (video diary) series where she goes around Ireland doing the coolest things possible.

Tara is a beauty and lifestyle vlogger. She is currently residing in NYC where she does travel vlogs and advice videos.  She’s done some collaborations with the popular store Primark (Penneys in Ireland) and gone to new locations across the U.S.

The Sacconejolys features Jonathan and Anna Saccone. Their videos are lifestyle-based. They produce a daily vlog with their three adorable kids and six maltese dogs. They have a huge following and continue to bring out happy and real content for their viewers.

Anna also runs her own beauty channel that came about way before her family vlogging channel Sacconejolys. She focuses on beauty and lifestyle and has done videos about being a mother, documenting her pregnancies.

Erika is a young and up and coming YouTuber who does beauty and lifestyle vlogs. She is Anna's sister and they have collaborated on each other's channels. Originally from Cork, Erika recently moved to Brighton to focus and invest more time into her YouTube channel.

Brian has been on YouTube since 2009. He is a singer-songwriter and has been on tour with Twenty One Pilots. He came out with his debut album "Bry" which you can find here. He does vlog style videos and collaborates with other YouTubers and his wife Candice.

Candice is a writer and primarily focuses on book reviews on her channel. You will find book reviews, some singing, and random vlogs that will be sure to put a smile on your face.

Lindy, better known as Bubz, does beauty and lifestyle vlogs. She moved from Belfast to Hong Kong and has created a life for herself there. She has come out with a beauty line with Bh cosmetics “Be... by BubzBeauty” which you can find at Ulta and other online stores.

Orla is a singer-songwriter from Dublin and has traveled the world performing her music. She has a huge following across the world for her singing and original tunes that she posts on her channel.

Read more: Nine Irish people you have to follow on social media in 2017

Riyadh does a variety of videos on his channel ranging from vlogging, sexuality, identity and much more. He has a passion for LGBTQ rights and has done a few videos on his coming out experience. He is the presenter for "Queer Britain," which you can watch on BBC Three.

Rory creates gaming, vlogging and photoshopping videos that also make his audiences laugh. His videos are sure to give you a giggle when you need it the most.

Brian is fairly new to the YouTube scene but has been consistently posting videos that are sure to give out some laughs. His videos are centered around everything Irish with tons of satire.

Seán brings out videos ranging from funny impressions, Irish banter, rants, and vlogs. If you are in need of a laugh check out his channel.

Hazel is a filmmaker and on-again-off-again daily vlogger. Her passions are in filmmaking and many of her videos focus on film reviews and interviews with movie cast-members with occasional  forays onto the red carpet.

YouTube has become a huge part of people's entertainment. YouTubers are able to speak to a camera and hold occasionally deep and critical conversations about whatever they please for their audiences.

The Irish YouTube community is growing and becoming increasingly talented as the years go on. Whether you want a guy screaming at his camera out of frustration over a game or a woman giving out advice on body confidence to even a short film directed by young aspiring film makers, there is a channel out there creating and building a community.

Do you follow any Irish YouTubers? Let us know in the comments below and spread the word.

Read more: Youngest ever self-made billionaire is a 26-year-old Irishman