We look at the Irish stars who are making a name for themselves in the fashion industry and who look set to play an important role in deciding the trends of 2017. 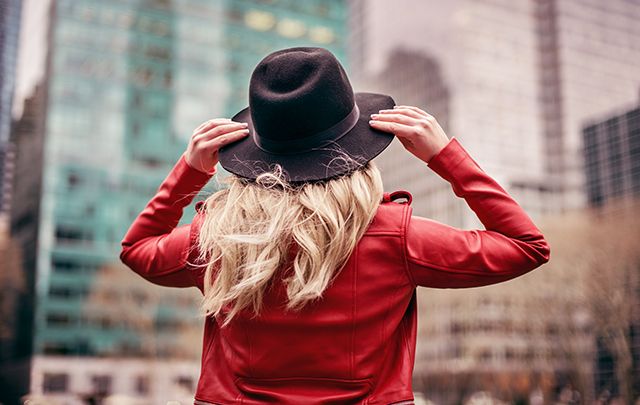 We look at the Irish stars who are making a name for themselves in the fashion industry and who look set to play an important role in deciding the trends of 2017. iStock

New York and London fashion weeks have come and gone in a whirlwind and Milan's week is well underway with the world’s top fashion and beauty influencers gathering in celebration of the new season. In honor of fashion week season, we look at the Irish stars who are making a name for themselves in the industry and who look set to play an important role in deciding the trends of 2017.

Personal hairstylist to Kourtney Kardashian, 29-year-old Dublin hairdresser Andrew Fitzsimmons was determined to reach the top of his industry, dropping out of school at 14 years old to concentrate on learning his trade. Having made a name for himself in Ireland working with the likes of Miriam O'Callaghan and Gráinne Seoighe, Fitzsimmons wanted to climb even higher, spending some time in Paris before heading to the Big Apple with no money. With just his hair care kit, he often walked hours to jobs because he couldn’t afford the subway fare.

The persistence was more than worth it, however, as now living in Los Angeles, he can now count himself as the Kardashians go-to hair stylist and has worked with the likes of Adele, Kendall Jenner, and Bella Hadid.

After realizing that life was too short to lead a life in which you’re unhappy in your job, 36-year-old Aidan Keogh left the print store where he was working in Dublin and was recruited by MAC Cosmetics. Working his way up the ranks, it wasn’t long until he came to the attention of MAC in New York and at 25 he moved to the US to spend the next decade with the popular cosmetics company.

Now having branched out for himself, Keogh has also worked with Kendall Jenner as well as a whole host of other Victoria Secret models including Stella Maxwell, Bridget Malcolm, Josephine Skriver, Elsa Hosk and Valery Kaufman.

Michaela O’Shaughnessy already had a strong online presence when she moved to New York with thanks to her fashion blog Life of a Lady Bear and she attests that the energy she put into that definitely helped her secure her first social media role with MTV.

Now Social Media Producer at Teen Vogue, O’Shaughnessy lines up the fashion magazine’s daily social media content. Despite initially studying Biomedical Science in college, she returned to postgraduate education to delve into business and hasn’t looked back since.

In March 2016, Margaret Molloy started the Wear Irish campaign, aiming to wear Irish designers throughout the whole Irish heritage month of March to promote homegrown, up and coming, and established Irish designers.

A CMO at Siegal+Gale, Molloy will be resuming her new movement in March 2017 and encouraging others to do the same, compiling a directory of Irish designers for men and women to get people started.

“It is clear to me that Irish fashion does not get the visibility that it deserves. And as a marketer, I am fascinated by the possibilities that social media provides for ordinary citizens to show their support for brands and causes,” Molloy writes.

“I saw an opportunity for people to come together on social media to support Irish designers, especially when all eyes are on Ireland in March.”

You can join her by using the hashtag #wearingIrish this March!

Having featured in IrishCentral’s list of top Irish people to follow on social media in 2017 and having taken part in our J-1 graduate series, Erika Fox, otherwise known by her blog name Retro Flame, is already one of our firm favorites.

Working full time on her fashion and lifestyle blog, as well as her YouTube account, the Co. Kerry native has over 73,000 followers on Instagram and is a great follow for anybody looking for new beauty products, lifestyle tips, or for new fashion finds.

My current favourite outfit (when I find one, I wear it OVER & over again) shot at the New York Public library ✨Still can't figure out why I never owned a classic trench coat before? Such a great piece to have in your wardrobe! This one is from the brand new petite collection by @express and it literally couldn't fit any better 👌🏻 They've just launched a brand new petite collection, so if you're 5'4 or under, be sure to check it out - it's amazing! Loads more photos & details in today's new post on www.retro-flame.com + a chat about learning the hard way. (Link in Bio) #ExpressLife #ExpressPartner #retroflameNYC http://liketk.it/2qkxQ #liketkit @liketoknow.it

So Sue Me is a widely popular Irish fashion and beauty blog, generally regarded as the first fashion blog in Ireland to become highly successful. Established by Suzanne Jackson in 2010, she now has over 190,000 followers on Instagram and 1.1 million international readers a month.

Reviewing new products and showing off her favorite new outfits from high street to designer, Jackson slowly but surely built an Irish beauty empire, publishing two books, releasing a beauty line, and selling out workshops. A good review from So Sue Me will now have products flying off the shelves in Ireland and her influence continues to grow.

With Primark (known in Ireland as Penney’s) set to open yet another US store in Staten Island in March, the Irish retailer is in prime position to take over America with its low-budget clothes and at its helm is Breege O’Donoghue, Primark’s Group Director. The store is now spread across ten countries and two continents, and it’s O'Donoghue who has held the reins of the company’s communications and HR as it has expanded and expanded.

Regarded as the most senior and powerful woman on the fashion retail scene in Ireland, the Irish Independent also report that O’Donoghue makes an attempt to learn the language of the country every time Primark moves into a new area. This means she already speaks eight languages!

Breege O’Donoghue, the Irish woman who took Primark global, has a new job with the @DCCoI https://t.co/1GnRBu92eD pic.twitter.com/A522156FKG

Have we missed your favorite Irish fashion influencer? Let us know about them in the comments section, below.