Youngest ever self-made billionaire is a 26-year-old Irishman

John Collison and his older brother have made the exclusive Forbes Billionaires List for the first time. 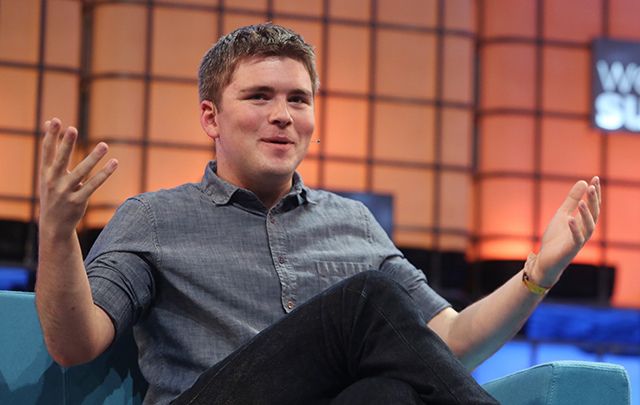 Pictured is the co-founder of Stripe, John Collison, speaking at the Web Summit in the RDS in Dublin in 2015. RollingNews.ie

The world’s youngest ever self-made billionaire is an Irishman. 26-year-old John Collison was born in 1990 in the city of Limerick and went on to co-found the company Shuppa at the tender age of 17 with his older brother Patrick.

Now both have been included on the Forbes Billionaire List for the first time. They are estimated to be worth a cool $1.1 billion each after founding the incredibly successful online payment system, Stripe.

Ranked jointly at the 1,795th place out of 2,043 entrances the siblings join six other Irish citizens in the exclusive global club.

The pair is no longer based in Limerick and has taken up residence in Silicon Valley where Collison hasn’t been afraid to dip his toe into the stormy waters of US politics. In February he declared that President Trump’s plans to restrict access to the H1-B visa would lead to the demise of Silicon Valley as the world’s technology capital.

Declaring the region’s success “fragile”, Collison insisted, “The U.S. is sucking up all the talent from all across the world... Look at all the leading technology companies globally, and look at how overrepresented the United States is. That’s not a normal state of affairs. That’s because we have managed to create this engine where the best and the brightest from around the world are coming to Silicon Valley.”

The Collison brothers aren’t the only tech billionaires in their 20s on the list; Evan Spiegel and Bobby Murphy who created Snapchat also made the list.

But if you were thinking that would make them the richest Irish billionaires under the age of 30 you’d be mistaken: the 26-year-old Duke of Westminster inherited a fortune of over $11 billion after his father died last August. As his Dad was born and raised in Co. Fermanagh the young Duke is automatically and legally an Irish citizen from birth.

Here John Collinson speaks about the Future Of Global Entrepreneurship, one month ago: