The Parade Committee of the United Irish Societies of Greater Cleveland announced that Cleveland's St. Patrick's Day Parade will return on March 17. 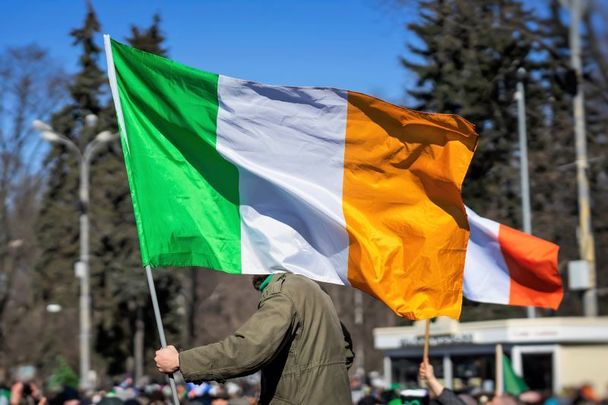 Cleveland's St. Patrick's Day Parade will return in 2022 after being canceled for the past two years due to the Covid-19 pandemic.

The Parade Committee of the United Irish Societies of Greater Cleveland announced the news on Monday, January 17, and said that preparations for the March 17 event are still in the planning process.

The Cleveland St. Patrick’s Day Parade will take place on Thursday, March 17, 2022! The Parade Committee of the United...

The upcoming event will be the 178th annual St. Patrick's Day parade to take place in Cleveland, while Committee members said that they will be working closely with elected officials and public health officials to ensure that the parade is safe for all attending.

Thomas F. McManamon Jr. has been announced as this year's Grand Marshal, with Rita Lally as the 2022 Irish Mother of the Year, Patricia Coleman Lavelle as the 2022 Inside Co-Chair, and Eileen Mangan Stull as the 2022 Outside Co-Chair.

Over the summer, the committee revealed that the theme for this year's parade will be Ireland's Scenic Coastlines. Organizers said at the time: "The Parade Committee appreciates all of the planning, time, and resources that goes into the creation of floats for the St. Patrick's Day Parade. Many organizations spend months preparing their floats, and most floats were ready to go for the 2020 Parade. Therefore, the Parade Committee has opted to carry forward the 2020 Parade Theme to the 2022 Parade. We can't wait to see what's in store for the 2022 Parade!"

The Cleveland parade is one of a number of St. Patrick's Day parades set to make a comeback in the US in 2022 following two years of Covid cancelations.

Organizers of the St. Louis parade announced during the week that the event will be returning in 2022, kicking off at the intersection of Tamm and Oakland Avenues at 12 p.m. on March 12. The Ancient Order of Hibernians reports that the parade will feature more than 90 floats.

Dallas has additionally announced that St. Patrick's Day festivities will return to the city this year, while organizers of the iconic New York City St. Patrick's Day parade have pledged to make the upcoming event the "biggest parade yet".

Van Johnson, the Mayor of Savannah, said that the city's famed St. Patrick's Day Parade is still scheduled to go ahead in March despite a surge in Covid-19 cases in the area. The Savannah parade is among the biggest St. Patrick's Day parades in the US and regularly attracts more than half a million people.