"It's important that we use the period of any extension that may occur really to get down to business and to try to put in place more permanent arrangements." 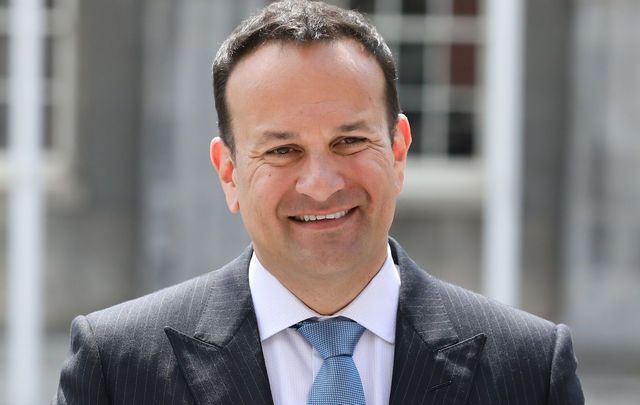 The British government on Monday night announced a unilateral, indefinite extension to grace periods that delay the implementation of some checks required by the Northern Ireland Protocol.

Brexit minister David Frost said that by not introducing checks due to come into force on October 1, he hoped to create space for the European Union to engage with his call last July for major changes to the protocol.

The announcement followed Tanaiste Leo Varadkar saying Ireland expected Britain to announce further extensions to post-Brexit grace periods on goods imports into both Northern Ireland and into the rest of the United Kingdom.

Varadkar said after a Monday meeting with Britain’s cabinet office minister Michael Gove – which he described as “constructive” – that the business community on both sides of the Irish border would welcome any extension.

He added on RTÉ, after the London meeting, “However, it's important that we use the period of any extension that may occur really to get down to business and to try to put in place more permanent arrangements.”

Varadkar said he had a sense of assurance from Gove that the U.K. government doesn’t want to walk away from the Protocol, but does want to make it more workable particularly for businesses and consumers in Northern Ireland.

Northern Ireland is effectively kept in the European Union’s single market for goods by the Protocol, which prevents a hard border on the island of Ireland but has created trade barriers with Britain.

Unionists have pressured for the abolition of the protocol, but Brussels has repeatedly rejected the U.K. government’s plea to renegotiate it.

The Varadkar/Gove meeting happened a day after more than 50 civic and business leaders, trade unionists and academics signed an open letter calling on the U.K. and EU to work together with the Northern Executive and the Irish government to deliver “balanced, bespoke and reasonable solutions” to the tensions caused by Brexit and the Northern Ireland protocol.

They warned that support for the North’s peace process “cannot be rhetorical” and said the “re-establishment of trust” between the U.K. and EU was “central to dialogue” and “imperative to the peace process”.

The letter, published on Sunday, was drafted by peace-building charity Cooperation Ireland and the Institute of Irish Studies at the University of Liverpool.

On Saturday, Britain’s Brexit minister, Lord Frost, warned of continuing risks in the conflict between the UK and the EU over the Northern Ireland protocol.

He told the British-Irish Association conference in Oxford, “The stakes are high. The arguments can be bitter. And I worry this process is capable of generating a sort of cold mistrust between us and the EU which could spread across the relationship.

“It’s holding back the potential for a new era of cooperation between like-minded states in a world which needs us to work together effectively.”

He added, “It is obvious there will always need to be a dedicated U.K.-EU treaty relationship covering Northern Ireland. It is a question of finding the right balance.”