Another 38% of respondents said that they neither supported nor opposed Irish unity, while only 11% were opposed to the idea. 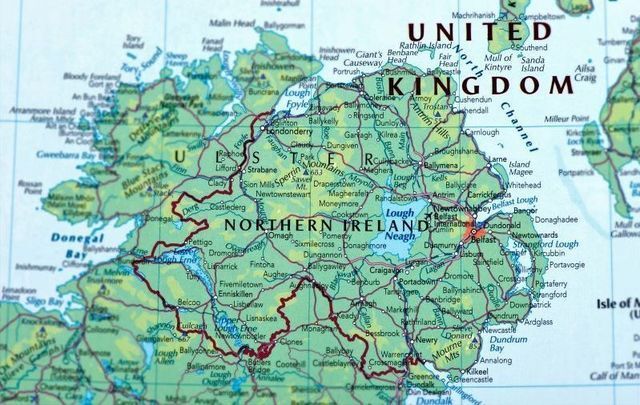 The poll has highlighted voter indifference to the Northern Ireland question in Scotland, England, and Wales. Getty

A significant number of British voters support Irish unity, while the majority of voters do not feel connected to Northern Ireland, according to an enlightening new opinion poll.

Conducted by Redfield & Wilton Strategies for the New Statesman, the poll found that 30% of British voters support Irish unity, compared to just 11% who oppose it.

However, 37% of voters said that they believed Irish unity is unlikely over the next five years, while 19% of voters believe that Irish reunification is likely.

Meanwhile, 34% of British voters do not feel connected to Northern Ireland at all, while a further 27% feel only a little connected. A total of 29% of voters feel "moderately connected" to affairs in the six counties, with just 10% saying that they feel very connected.

Only 8% of voters said that they followed affairs in Northern Ireland a great deal, perhaps indicating why the Northern Irish Protocol has not proved as controversial and divisive in England, Wales, and Scotland as it has on the island of Ireland.

In contrast, 30% of respondents said that they don't follow events in Northern Ireland at all, while 42% of people said that they followed them to some extent.

The poll was conducted on July 29 among 1,500 eligible British voters and was published in the New Statesman on August 4.

The poll appears to reflect a 2019 Conservative Party poll, which found that members of the British governing party were prepared to sacrifice Northern Ireland to save Brexit.

The YouGov poll found that 59% of Conservatives supported sacrificing Northern Ireland's position in the UK if it meant saving Brexit, compared to just 28% of Conservatives who would not sacrifice the six counties.