O'Hara's was badly damaged in the wreckage of 9/11 but built itself back up to become a haven for first responders and tourists alike. 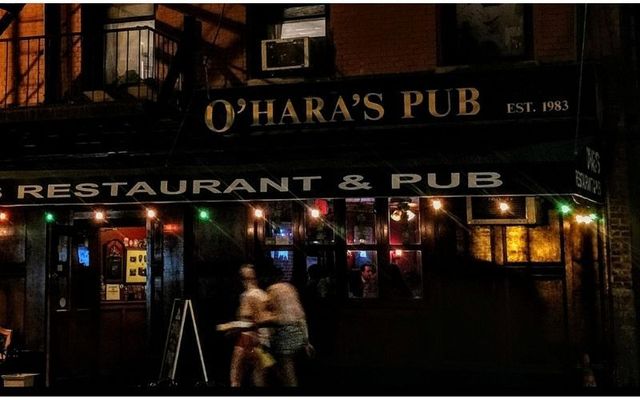 O'Hara's Pub, badly damaged during 9/11, is a testament to the resiliency of New York City and its people. O'Hara's / Facebook

A testimony to the resilience of New York, may O’Hara’s long continue to be a lower Manhattan institution.

It’s just over four years since I first entered O’Hara’s Pub on Cedar Street in the heart of New York’s Financial District. My family and I, having spent the day touring both Ellis Island and the 9/11 Memorial, set our sights on the first bar that presented itself.

We approached with weary feet, empty stomachs, an overpowering sense of silence, and a need to sit with our own thoughts. That the bar was Irish made it an even more welcome sight as we escaped from the July heat in search of nourishment, breaking our general rule of not straying into the first place we saw after leaving a museum or the like for fear it would be an overpriced “tourist-trap.”

It was only when we looked around and saw the thousands of patches from the uniforms of firefighters and rescue workers adorning any free space throughout the bar that we realized our grave error. This was no tourist trap: O’Hara’s stood here before the tourists ever arrived.

Opened in 1983, O’Hara’s, owned by Mike Keane and Paul Mackin, was once a spot for Wall Street liquid lunches, with workers from the Towers often adding scotch to their lunch with no tourists in sight.

The bar was badly damaged by the fall of the North Tower on September 11, 2001. Keane and five of his employees were there that day as windows burst from their frames and dust engulfed their place of work. Keane watched the tower fall from the roof of his establishment where he’d set about putting out small fires that erupted when the first plane hit. 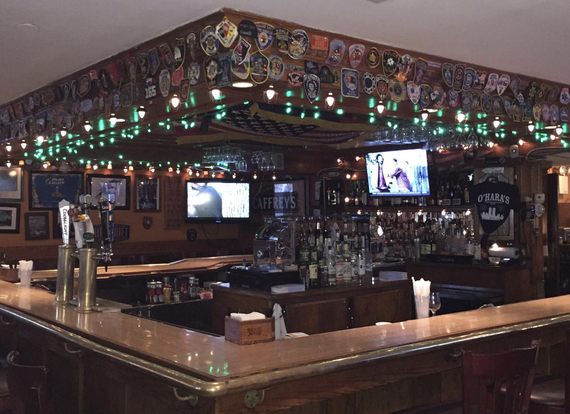 Patches decorating the walls of O'Hara's.

It would take almost a year for the pub to get completely back on his feet but get back on its feet it did. Without electricity until January, it would be another six months more before O’Hara’s could properly reopen its doors. A remarkable feat considering the extent of the clean-up.

Yet once they were back in business, not everybody was to return. With family members of regulars ringing to see if they’d been seen there – to which the answer was unfortunately often no – it became clear that the bar sustained an even greater loss, with familiar faces absent from their regular spots.

Joining the locals in their stead were the construction workers from Ground Zero, settling down to enjoy $3 draft beers in a part of the city where they can be hard to come by.

The tourists started arriving in 2003, many passed along to O’Hara’s by the nearby firefighters' memorial.

“It was a mess down here,” Keane told Newsweek. “They would send us business to keep us going.” 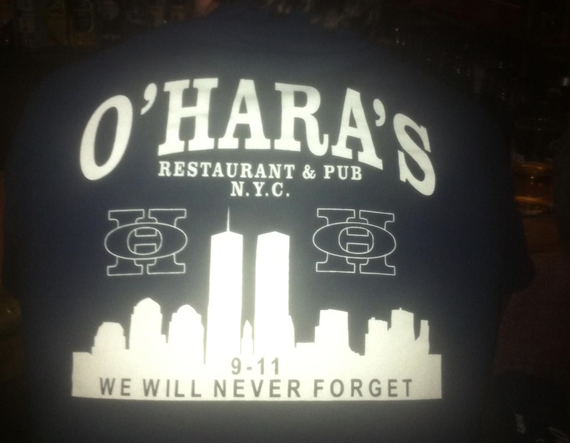 O’Hara’s was a special place for firefighters, as can be seen from its extensive collection of patches. They create not only a shrine-like quality within the pub but also a strong sense of a resilient, dedicated, and loyal community, of which the pub is very much a part of.

The tradition was established just one year after 9/11 when a construction worker ripped the patch off of a firefighter’s uniform and stapled it proudly to the wall. The idea took off immediately and now over seven thousand patches grace the bar. Many of the patches are from distant cities and towns, including one from the London Ambulance Service.

Anyone who wanders through O’Hara’s doors is welcomed to take in the sight of all the patches or add to it themselves if they wish. The friendly bar staff is always willing to explain how the tradition came about, share the history of the bar, or show you the photobooks dedicated to 9/11.

Despite returning to the 9/11 Memorial many times since my visit with my family, I still have yet to venture into the museum itself. But I have returned to O’Hara’s, happy to sit in silence and look at the fantastic tribute to emergency services that has evolved on its walls or to have a chat with a bartender about what the establishment has been through.

*This post was originally published in September 2016 and has been revised and updated with current information for accuracy and comprehensiveness.