"All I remember is the loud crash from behind and the car spinning and other traffic also crashing into the car as it spun." 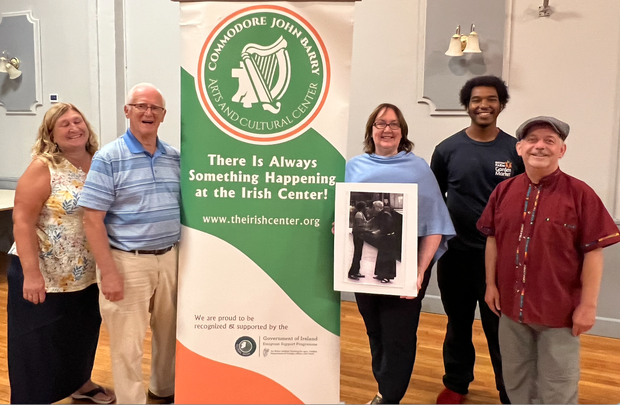 Irish community activist Brendan Fay, founder of the Lavender and Green Alliance and the St. Pat’s for All parade in Queens, is lucky to be alive after a Sunday car accident in New Jersey that left him and his husband, Tom Moulton, hospitalized.

Brendan Fay and Tom Moulton had been at the Irish Center in Philadelphia for a screening of Fay’s film Remembering Mychal, Priest of 9/11 which was well received among local Irish groups.  After the event Fay and Moulton went for dinner to celebrate Moulton’s birthday, but the drive back to New York ended with a ”sudden and shocking” when they were hit from behind.

As Fay told the Irish Voice via text from University Hospital in Newark, “Tom was driving, I was in the passenger seat.  I could see Newark lights ahead.  Then all I remember is the loud crash from behind and the car spinning and other traffic also crashing into the car as it spun.

“Airbags burst open.  I called Tom. Tom called to me. Then another car banged into us.  I was actually able to open the door with my right hand. I screamed and cried and waved my hand for help.”

Some cars, Fay remembered, paused and slowly drove past. “Tom’s brother Geoff was calling on the car phone from Philadelphia.  Speaking to Tom, he was trying to find our location on the highway.

“Soon an Asian man walked towards us and the driver of a second car joined him. He was African American.  A third person came by said his name was Ed.  I showed him my left hand with the bone protruding.  He reached out his hand for me to hold onto with my right hand. 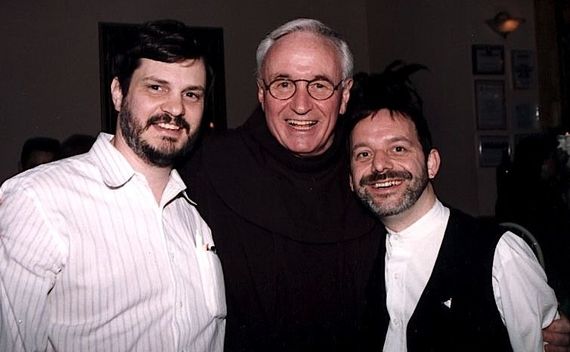 “That simple gesture by Ed said everything about the strangers who became our friends on the highway.  He said they would stay until the ambulance and police arrived.  The lights and the sound of the ambulance sirens were beautiful music.

“I called out Mychal Judge’s name a few times to help us through this moment.  And said his prayer.”

Moulton’s fractures did not require surgery, but Fay’s did.

“All I remember is hanging my fingers and him telling me he was going to try and hang some weights and move the bone back into someplace.  I told him I might express a few things out loud,” Fay said.  The surgery on his left arm and wrist took place on Monday evening and went well, though it was a complex dislocation.

“Turns out the laceration marks on my neck and around my hip are the life-saving marks of the seatbelt during the impact.  This is one black and blue bruising that’s a blessing,” he says.

“When you’re in a hospital trauma center even as a patient you gain your appreciation for the spaces of help and healing,” Fay says.

“A nurse told me they deal with 600 cases of gunshot wounds.  But above all I am so grateful for the kind people who stopped to help dial 911 and reached out and held my hand and a very lonely and vulnerable moment for Tom and I. We are profoundly grateful for the medical team, and everyone who has reached out to us.

“Tom and I got a stark reminder on Sunday how important it is for all of us to look out for each other.”