I first met Mick Moloney in 1976; he became a hero and mentor to me right up to the present day, less than two months since he passed away in New York City. 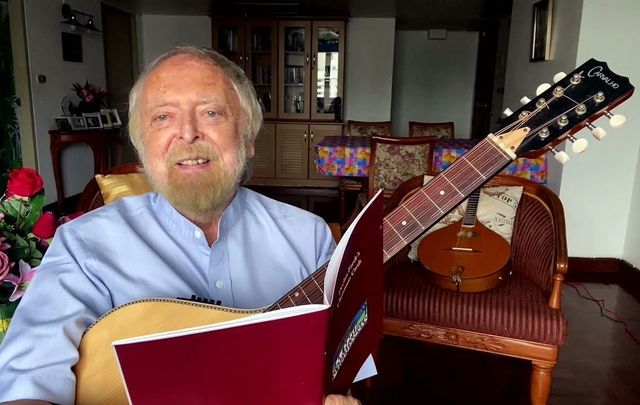 A question that is often asked of me is how I became so fanatic about traditional Irish music without ever having played a note of it myself except on a record player, tape recorder, or some form of an electronic digital format.

A simple answer would be that it was instilled in me by my parents Martin and Mary Keating, who both emigrated from Co Clare to New York as the Great Depression unfolded. Fortunate to land work through aunts and uncles, they set out on their own paths towards their version of the American Dream.

They did not leave their Irish roots behind, but rather celebrated them with other Irish immigrants around New York City. Wherever Clare people gathered there would be Clare sets danced, even on the boardwalks of Rockaway Beach where the lad from Ballyea, Inagh met his future wife from Moymore, Kilshanny.

Our house in Washington Heights had a modest record player where LPs of the Kilfenora and the Tulla ceili bands and Chris Droney were proudly played whenever visitors or “greenhorns” arrived. The collection modernized and passed to the younger generation when my older brother Kevin joined the Columbia Record Club, and the albums of the Clancy Brothers first came into our home. Irish pride swelled in every household when The Ed Sullivan Show and Carnegie Hall brought the Clancys and Tommy Makem and Irish music to greater attention.

The folk music revival of the 1960s swept me away thanks to my developing tastes for Bob Dylan and his more palatable voices in Peter, Paul and Mary, Joan Baez, and Judy Collins. Throughout college, though I gravitated to the various Irish music sessions around New York City and especially after the emergence of the Irish Arts Center in 1974 where my dancing DNA first found expression through ceili dance lessons.

But it was the summer of 1976 where my big breakthrough and total immersion into Irish trad music occurred along with a parallel incursion into journalism as a researcher with Newsweek International, the overseas edition of the popular weekly news magazine. The Smithsonian Institution in Washington, DC, the incredible cultural resource chronicling American life, innovation, and social development, went all out to mark the bicentennial celebration of America that summer.

One of the programming themes was to highlight the many multicultural roots in our American tapestry of immigration. So, the Irish were selected to be featured during a mid-July week with the focal point around Irish traditional folk music and dance as Indigenous music was a staple of its Festival of American folklife.

The construct was to invite from Ireland 26 native artists or practitioners of Irish music and dance to be paired with 26 similar artists from around America which included Irish immigrants who had settled here or descended from them, exhibiting tradition-bearing in the new world, a featured theme in the promotion of the week.

The Irish contingent was cobbled together by Ciaran McMathuna, the legendary pioneering RTÉ broadcaster, and Tom Munnally from Ireland’s seminal Folklore Department. It included Clare traditional stalwarts Junior Crehan and Micho Russell, Ollie Conway and Willie Keane, the latter two battering their way all week displaying the footwork in half sets, and the first US appearance of De Dannan from Galway and many others.

As fascinating as that contingent was, I was more impressed with the 26 artists chosen to represent the American side of the cultural exhibit. They appeared over the week in free public performances on the Mall of America surrounded by the majestic museums that make up the Smithsonian Institution.

The Smithsonian directors widely chose a fledgling academic from the University of Pennsylvania named Mick Moloney to select and curate the American participants. Before setting out for America in 1973 to pursue graduate studies under the highly respected folklorist Dr. Kenneth Goldstein, the Limerick native had achieved his own notoriety in folk bands in Ireland such as Emmett Spiceland and the commercially successful Johnstons with the Johnstons sisters and Paul Brady.

In scouring across America through kitchen sessions and Irish cultural enclaves, the young Irish academic and budding folklorist not only found multigenerational representatives to reflect “Old Ways in the New World,” but also what was to become his life’s work and expertise in America.

Galway musicians like Jack and Charlie Coen, Mike Rafferty, Seamus Cooley, and Sean McGlynn were exposed to a national audience along with Chicago veterans like Joe Shannon and Johnny McGreevy and the up-and-coming Chicagoans Jimmy Keane, Liz Carroll, and Michael Flatley, still in their teenage years.

It was my first time meeting Moloney as well down in DC in 1976, the man who would become a hero and mentor to me right up to the present day less than two months since he passed away in his New York apartment.

He made an instant impression upon me in his articulate and praiseworthy introductions and presentations of so many artists who were on such significant stages for the first time in our nation’s capital. With equal measures of respect and informing knowledge, he elevated the respective performances of every artist while also placing them in the proper context of a still-evolving folk tradition that he himself would prove to be the master of.

Coming out from the powerful display at the 1976 Festival of American Folk Life that bicentennial year, Moloney carved out his 45-year Green Fields of America touring show with the help of the National Endowment for the Arts. Along the way, he burnished his own legacy not only tilling those green fields of creative artists in America, but his own reputation as the historian and documentarian of it as well.

Along with a well-earned and enduring doctorate for his research, he has received so many accolades for all that he accomplished in his outstanding 50 years in America including his own NEA National Heritage Award and the Presidential Distinguished Service Award from President Michael D. Higgins in Ireland.

From a personal standpoint, Moloney has inspired me ever since that first encounter in 1976 and advised me, encouraged me, and collaborated with me even up to his last week at the Catskills Irish Arts the week before he died. Even though I never matriculated as one of his students, he taught me everything about presenting Irish music in a respectful and articulate way that paid homage to its creators and the humble roots from which it sprung.

I will miss Dr. Mick Moloney forever but will be grateful for everything he shared me and taught me and will continue in his memory.

On This Day: Sinéad O'Connor rips up picture of the Pope on SNL