The Ted Cruz challenger has been forced to apologize for “demeaning comments” he made about women while a 19-year-old student at Columbia. 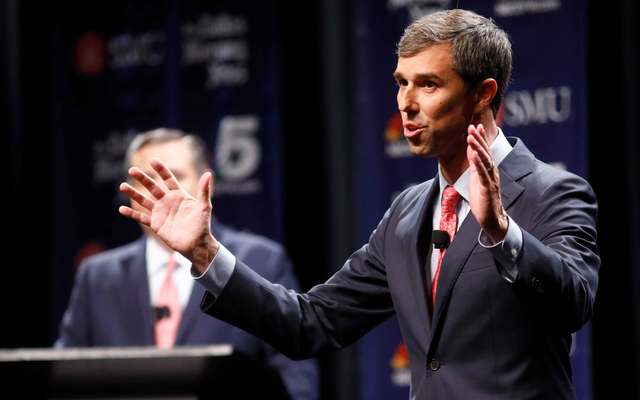 The Democratic challenger to Texan Senator Ted Cruz, Beto O’Rourke, has shown that it’s not just conservatives and Republicans who are guilty of sexism and the devaluation of women’s worth.

The tumultuous Brett Kavanaugh and Christine Blasey Ford news cycle of the past few weeks may still have resulted in the controversial Trump nominee’s appointment to the Supreme Court.

However,with polls showing that women are ready to get out and vote in high numbers to make their voices heard on believing the victims of sexual assault, it seems that Ford’s brave testimony may yet have a tremendous effect on the November mid-term results.

One news item that may have been lost in the wave of Kavanaugh/Ford stories over the past few weeks, however, could be a cause of concern for women and their allies who are throwing their weight behind the Democratic Party in the hopes of strides toward gender equality.

Early in October, the Democratic Senate candidate in Texas Beto O’Rourke was forced to apologize after “demeaning comments” he made about women as a 19-year-old Columbia student were published by Politico.

Texas Senate candidate Beto O’Rourke is apologizing for once criticizing a Broadway musical with actresses “whose only qualifications seem to be their phenomenally large breasts and tight buttocks” https://t.co/XtI0W45Q5S

“I am ashamed of what I wrote and I apologize,” said Irish American O’Rourke, who some polls have shown to be within single figures of toppling Texan Republican incumbent Ted Cruz.

“There is no excuse for making disrespectful and demeaning comments about women.”

O’Rourke's comments were made in a 1991 review of “The Will Rogers Follies” in the Columbia University student newspaper, the Columbia Daily Spectator, in which he criticized actresses “whose only qualifications seem to be their phenomenally large breasts and tight buttocks.”

“Basically, the show documents the life of Will Rogers, the ‘lassoing fool,’ who rose from being an insignificant sideshow attraction to one of the more prominent political pundits and cultural statesmen in our history,” said the review.

“Yet it is produced and directed in such a showy, glitzy, and ultimately, tacky manner, that one cannot help feeling disgusted throughout the show. Keith Carradine in the lead role is surrounded by perma-smile actresses whose only qualifications seem to be their phenomenally large breasts and tight buttocks.

“One thing that should be taken into consideration, however, is that I was the youngest person in the crowd by about 60 years. Though I found it revolting, most people from that long-ago, faraway generation really enjoyed the show and were very pleased with the performances.”

While O'Rourke's comments do read like they were a misguided attempt to call out sexism in the show, living in Brooklyn, where Bernie Bro-dom has still not fully subsided, it's less than a surprise for me to hear that a Democrat or a liberally-thinking man is not a 100% top-quality feminist. In fact, I’ve had plenty of them tell me how I should feel about everything from Kavanaugh, to #MeToo, to gender equality in general, as they speak over me in their quest to show just how understanding of my concerns they are.

O’Rourke’s comments in no way equate to the potential sexual assault and abuse that Kavanaugh may be guilty of but they do show that in many ways, the Democratic Party has giant steps still to make in its own battle for gender equality before they can properly wage war against the right.

Who are they to cast stones when their latest media darling O’Rourke is a glaring example of how Democratic men are not completely innocent?

As women who want to want to cast a vote in a way that will work toward improving our rights, are we expected to simply pick the Democratic Party as the lesser of two evils when they, too, have faced their own abuse allegations in DNC chair, Keith Ellison? Never mind the demonization of Monica Lewinsky, who even in Ireland I grew up as seeing as the butt of a joke, only to recently contemplate the full injustice of the hand she's been dealt.

It seems that we have little other option this close to November 6 but if the polls are right and women do turn out to vote in unprecedented numbers, you can guarantee that it won’t just be Republicans on the hit list before 2020

Do you agree? Take a vote in our poll and let us know why you voted in the comments section, below.

Be sure to tell us why you voted in the comments.