“Send him back to Ireland” - Which American politician is facing these chants at opponent's rallies?

With recent polls showing it to be a very tight race between Cruz and O’Rourke, the Irish American is booed at every mention of his name by Cruz supporters. 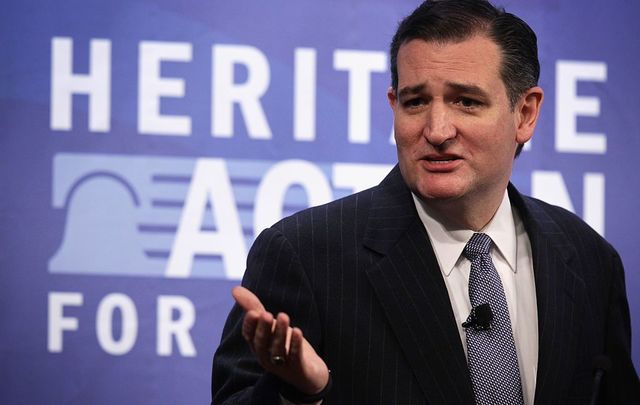 While unions gathered elsewhere in Texas this Labor Day to celebrate the worker, the anti-union Texan GOP gathered to criticize the Democrats “very dangerous socialist agenda."

As the top Texan Republicans rallied against Democrats and their “socialist” and “extreme left” policies in the state, one Democratic candidate, in particular, had his Irish roots brought to the forefront as his rival’s supporters booed and hissed at every mention of his name.

According to Dallas Morning News, "Send him back to Ireland!" was shouted by one man in the crowd as Republican Senator Ted Cruz criticized his rival, Beto O’Rourke.

'Send him back to Ireland.' @TedCruz rallies Texas Republicans against @BetoORourke on #LaborDay https://t.co/xMPzRqWWyP

A fourth-generation Irish-American, O’Rourke’s Irish heritage has frequently been addressed by Cruz, who claims that the Spanish nickname “Beto” is one that the Spanish speaker uses to convince the critical Hispanic voters that he is one of them.

Speaking at a rally hosted by Collin County Republican Party, Cruz stopped his speech at the shout, smiling and saying “That’s good.” In his constant referrals to Beto’s Irish roots, the Republican Senator appears to have forgotten his own family's Irish links. Cruz’s mother Eleanor Darragh was born and raised in Delaware in a family of Irish and Italian descent.

O’Rourke has been growing in stature as his challenge against Cruz grows, going viral last week for his response to a question on NFL players taking a knee.

With O’Rourke quite far removed from Ireland and never having visited there, we can only assume that the reference to him returning to Ireland is because the supporter believes his policies align more with Irish politics than they do with Texan conservatism.

"We saw it with Bernie Sanders in the 2016 election, where he ran as an open socialist and got a lot of energy and excitement on the extreme left. We saw this with Alexandria Ocasio-Cortez, the socialist who just won the Democratic primary up in New York.

"They generate a whole lot of energy nationally and money nationally. But what they don't do is they don't reflect where Texans are."

What do you make of O’Rourke being told to go back to Ireland? Let us know your thoughts in the comments section, below.