Dublin St. Patrick’s Day Festival named among the best festivals in the world

Dublin's St. Patrick's Day Festival has been named as a bucket list festival for 2020 by one travel group. 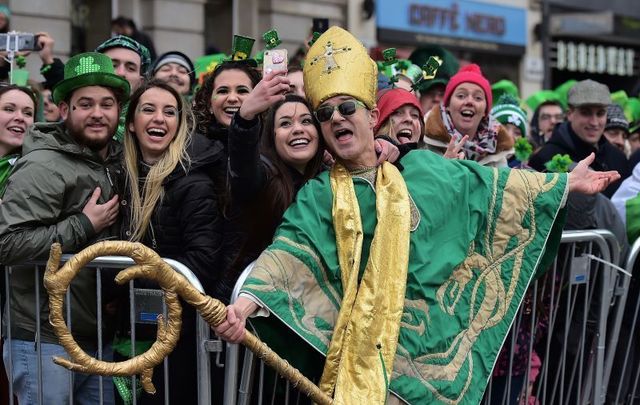 Dublin's St. Patrick's Day Festival has been named amongst the best in the world Getty Images

Dublin's St. Patrick's Day Festival has been included in Big7 Travel's 'Best Festivals In The World For Your 2020 Bucket List'

“St. Patrick’s Day is celebrated all over the world, but nowhere does it quite like Ireland, the home of the festival," Big 7 says of the annual Irish festival.

"The St. Patrick’s Day Festival in Dublin is a five-day event of outstanding Irish and international entertainment, with a huge street carnival held on the 17th March.

Read More: St. Patrick’s Day in Ireland could turn into a month-long celebration

“City landmarks turn green, it’s a national holiday for the entire country and Guinness flows faster than it does all year. As well as parades, you can take part in the world’s largest outdoor céilí. St. Patrick’s Day is the day when everyone wants to be Irish.”

The St. Patrick’s Day Festival in Dublin came in 34th place in top 50 rankings by Big7 Travel, beating out Carnaval in Brazil and coming in right behind Glastonbury in England.

Organizers said more than half a million people lined the streets of Dublin on March 17, 2019, for the St. Patrick's Day parade that featured some 3,000 marchers.

Guess who made it on to the list of 50 Best Festivals in the World?? Thanks @BigSevenTravel - we're honoured!! https://t.co/Qfl6pJiKg7

Earlier this year, Big7 Travel named two Irish cities among the friendliest in the world - Cork and Dublin! The travel group also named Keem Bay on Achill Island off the coast of Co Mayo as one of the best beaches in the world and named Co Kerry in their top 50 ‘bucket list’ destinations.

And if that wasn’t enough, the Irish accent was voted by Big7 Travel as the third sexiest accent in the world!

Traveling to Ireland in 2019: IrishCentral now has a sister travel company, Irish Studio Travel, who can help you plan and book your vacation in Ireland no matter your budget.

Have you attended Dublin's St. Patrick's Day Festival? Tell us about it in the comments!