Sergey Vladimirovich Cherkasov, 36, who allegedly used a fake Brazilian identity in a bid to enter the international criminal court, studied political science at the Irish university between 2014 and 2018. 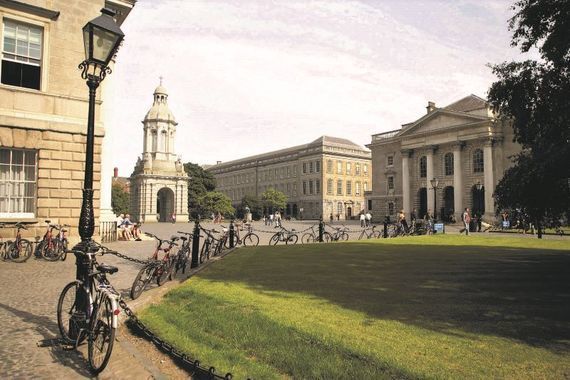 A Russian spy who attempted to secure an internship at the International Criminal Court in the Netherlands spent four years studying at Trinity College as part of a covert operation, according to reports.

Sergey Vladimirovich Cherkasov, 36, who used a fake Brazilian identity in a bid to enter the international criminal court, studied political science at the Irish university between 2014 and 2018.

Dutch authorities have accused Cherkasov of being an agent of Russia's GRU military intelligence agency and say he traveled to the Netherlands in April using a Brazilian passport with the name Victor Muller Ferreira.

Cherkasov was reportedly under the impression that he had successfully infiltrated the war crimes court in the Hague, with his arrival coinciding with the beginning of ICC investigations into alleged Russian war crimes in Ukraine.

If successful, Cherkasov would have been able to access the ICC's email system and potentially copy, destroy, or tamper with documents related to the investigation.

However, the Russian national was detained by the Dutch Intelligence Service when he arrived in the Netherlands after western intelligence agencies exposed the true motives behind the job application.

He was subsequently sent back to Brazil, where he is set to face legal proceedings.

Cherkasov graduated from Trinity College in November 2018 with first-class honors in political science as part of an elaborate cover story to help him gain entry to the ICC.

He also claimed to have worked in the Dublin International Study Centre between June 2014 and August 2015, teaching students "reading skills, writing skills, listening and speaking skills".

According to Dutch intelligence, Cherkasov also invented a Brazilian back story, including a troubled childhood and a fondness for trance music and bean stew.

"Cherkasov used a well-constructed cover identity by which he concealed all his ties with Russia in general, and the GRU [the Russian foreign intelligence agency] in particular," Dutch authorities said in a statement.

Cherkasov is believed to have been posing as a Brazilian national for a decade.

Erik Akerboom, chief of the Dutch Intelligence Service, said Cherkasov was involved in a " long-term, multi-year GRU operation" that cost "a lot of time, energy, and money".

Akerboom described the Russian attempts to gain access to the ICC as a "high-level threat".

A former classmate of Cherkasov at Trinity College told the Irish Independent that students never suspected that the GRU agent was lying about his identity.

"We were confused, to be honest because his name was Victor Muller and we thought he had a bit of a German accent, but he told us he was Brazilian. I remember we had some conversations where we kind of couldn't quite figure it out. But we were never worried about it," the Trinity College graduate told the Irish Independent.

Meanwhile, Eugene Finkel, who taught "Muller" at a US college following his graduation from Trinity College, told the Independent that feels "stupid and naive" following the revelation.

I had good reasons to hate Russian security services before. Now I am just exploding. I feel angry, I feel stupid, I feel naive, I feel tired. I got played. I had him in class. Twice, in fact. One class was half-Zoom during COVID, several interactions outside classroom https://t.co/71HIC6A92d