Alec Baldwin will be formally charged this month in relation to the fatal shooting on the "Rust" film set, prosecutors in New Mexico have announced. 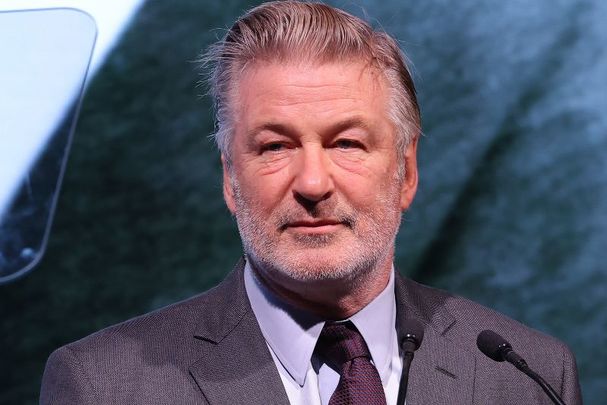 Alec Baldwin and armorer Hannah Gutierrez-Reed will each be charged with two counts of involuntary manslaughter in the death of Halyna Hutchins that occurred on the film set of “Rust” in New Mexico in October 2021.

Baldwin, the eldest of the 'Irish Catholic' acting brothers, was starring in, produced, and co-wrote the American Western film that has been marked by tragedy.

“After a thorough review of the evidence and the laws of the state of New Mexico, I have determined that there is sufficient evidence to file criminal charges against Alec Baldwin and other members of the ‘Rust’ film crew,” Carmack-Altwies said.

“On my watch, no one is above the law, and everyone deserves justice.”

Assistant director David Halls has signed a plea agreement for the charge of negligent use of a deadly weapon, Carmack-Altwies said. The terms include a suspended sentence and six months of probation. A copy of the plea agreement will be available after it has been filed with the court.

No charges will be filed specific to the non-fatal shooting of “Rust” director Joel Souza.

The first charge can be referred to simply as involuntary manslaughter. For this charge to be proved there must be underlying negligence. Under New Mexico law, involuntary manslaughter is a fourth-degree felony and is punishable by up to 18 months in jail and a $5,000 fine. This charge also includes the misdemeanor charge of negligent use of a firearm, which would likely merge as a matter of law.

The other charge is involuntary manslaughter in the commission of a lawful act. This charge requires proof that there was more than simple negligence involved in a death. This is also a fourth-degree felony punishable by up to 18 months in jail and up to a $5000 fine. This charge includes a firearm enhancement, or added mandatory penalty, because a firearm was involved. The firearm enhancement makes the crime punishable by a mandatory five years in jail.

“If any one of these three people—Alec Baldwin, Hannah Gutierrez-Reed, or David Halls—had done their job, Halyna Hutchins would be alive today. It’s that simple,” said Andrea Reeb, the special prosecutor appointed by the DA to the case.

“The evidence clearly shows a pattern of criminal disregard for safety on the ‘Rust’ film set. In New Mexico, there is no room for film sets that don’t take our state’s commitment to gun safety and public safety seriously.”

Carmack-Altwies and Reeb will formally file charges with New Mexico’s First Judicial District Court before the end of the month.

“There is a very clear process for pursuing justice in this case,” Carmack-Altwies said. “We are committed to upholding the integrity of that process to ensure equal justice under the law.”

The District Attorney received the final Santa Fe County Sheriff’s report on October 27, 2022, and moved quickly to carefully and thoughtfully review the evidence, allowing the DA to make her decision on charges less than three months after receiving the initiating report.

Attorney Brian Panish, who represents the Hutchins family, said in a statement on Thursday that the family supports the charges.

Meanwhile, Luke Nikas, a lawyer for Baldwin, said in a statement on Thursday: “This decision distorts Halyna Hutchins’s tragic death and represents a terrible miscarriage of justice.

"Mr. Baldwin had no reason to believe there was a live bullet in the gun — or anywhere on the movie set. He relied on the professionals with whom he worked, who assured him the gun did not have live rounds.

"We will fight these charges, and we will win.”

In the month after the tragic shooting, Baldwin's lawyers alleged "sabotage" on the set.

Later, in an interview with ABC News, Baldwin said that he "would never point a gun at anyone and pull the trigger at them, never."

He said at the time that both he and Hutchins "assumed" the gun was empty, "other than those dummy rounds."