Irish American actor accidentally shot and killed a person with a prop gun on the set of his new movie “Rust”, in New Mexico. 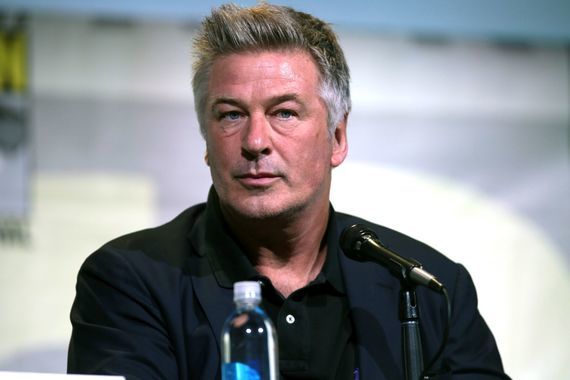 Irish-American actor Alec Baldwin fatally shot a cinematographer and wounded a director with a prop gun in an accident on the set of his new 19th-century western "Rust" in New Mexico, police have confirmed.

Halyna Hutchins, the film's 42-year-old cinematographer, was transported to the University of New Mexico Hospital via helicopter but was pronounced dead. Director Joel Souza was taken by ambulance to Christus St. Vincent Regional Medical Center and was later discharged.

A spokesperson for the film told the Hollywood Reporter that the accident was a result of a misfire of a prop gun with blanks and said that the incident took place at 2 p.m. local time on Thursday.

The Santa Fe Sheriff's Office said in a statement that Baldwin had been interviewed by detectives and added that no charges have been filed.

"He provided statements and answered their questions. He came in voluntarily and he left the building after he finished his interviews. No charges have been filed and no arrests have been made," a spokesperson for the Sheriff's Office said.

The spokesperson added that the investigation is ongoing and said detectives are currently interviewing other witnesses about the accident.

The incident took place at the Bonanza Creek Ranch near Santa Fe, which is a popular location among film producers and directors.

The Santa Fe New Mexican reports that Baldwin was seen in tears outside the sheriff's office.

A distraught Alec Baldwin, after being questioned in the shooting death of a crew member during filming of a new movie in NM. Baldwin is alleged to have fired the "prop" gun. No charges have been filed. Photo courtesy: Santa Fe New Mexican. @cbs46 pic.twitter.com/qZRwz6jEwi

Hutchins was named as a "rising star" by American Cinematographer Magazine in 2019 and was director of photography on the 2020 action movie Archenemy, starring Joe Manganiello.

Archenemy director Adam Egypt Mortimer paid tribute to Hutchins on Twitter and said that he was "infuriated" that such an incident could take place on a film set.

"I’m so sad about losing Halyna. And so infuriated that this could happen on a set. She was a brilliant talent who was absolutely committed to art and to film," Mortimer said on Twitter.

I’m so sad about losing Halyna. And so infuriated that this could happen on a set. She was a brilliant talent who was absolutely committed to art and to film. ❤️ pic.twitter.com/vcdFqHsGA0

It is just the latest mishap for Baldwin who became a beloved figure to Democrats for his spot-on portrayal of  Donald Trump on Saturday Night Live.

He threatened to move to Ireland if Trump was re-elected and called his daughter Ireland after his ancestral land. She is now a top model.

On the weekend that President Trump announced his travel ban on Muslims in 2017, Alec Baldwin then 58, tweeted “when I travel back to the US, I hope they have a box for me to check that reads "Muslim Irish Catholic." Irish Catholic he certainly is, of the Long Island kind, Massapequa on the south shore to be exact, the sixth most Irish town in New York state according to a 2015 survey.

Baldwin was ambitious. There was a time when his mother, Carol, predicted Baldwin would make it to the White House himself. Like many Irish American families in the 1960s, the Baldwin clan was intensely political and huge Kennedy fans. When RFK was assassinated in 1968 young Alec and his father traveled south to Washington to witness the laying to rest of the second Kennedy brother that decade.

Long Island is a hotbed of such Irish. Political differences apart, Bill O'Reilly, Sean Hannity, Baldwin, and Burns all call Long Island home and share the same working-class roots and gritty Irish endurance. Though Baldwin, of course, would not thank you for the comparison to O'Reilly and Hannity, they are all up from the bootstraps.

Born not far away, seventeen years earlier, was a man called Donald Trump, a Queens native who grew up in a mansion.

When Trump lost he could lay some of the blame on his nearly neighbor from Long Island. Baldwin’s devastating put-downs of Trump became the force majeure of the campaign against him (who can forget “SIRI how do I defeat ISIS?”).

Until Melissa McCarthy began savaging Sean Spicer, Trump's Press Secretary, Baldwin was pretty much holding the fort alone, tossing flaming arrows over the parapet every weekend on SNL. The new president did not like it one bit.

The name Baldwin descends from Norman settlers in Ireland and it is said to mean, “brave, bold,” though another interpretation says it means “wine drinker.” We’re sure neither description would bother Alec.

Alexander Rae “Alec” Baldwin is a man used to fame. The 62-year-old actor is an Emmy Award-winning performer, His reach even extended as far as the Oval Office. The Washington Post reported Trump to be particularly hurt by SNL’s portrayal of his Chief Strategist Steve Bannon as the real president and has lashed out on Twitter after several of Baldwin’s performances.

".@NBCNews is bad but Saturday Night Live is the worst of NBC. Not funny, cast is terrible, always a complete hit job. Really bad television!" Trump said on Twitter in January 2017.

And while he has flirted with running for public office, his name has not yet appeared on a ballot, even though other prominent celebrities like comedian Al Franken and actor Arnold Schwarzenegger have successfully made the switch. When asked in 2006 what kind of job in politics he’d like, he told the New York Times, “If I ever ran for anything, the thing I would like to be is governor of New York.”

In 2013 he flirted with running for New York Mayor but eventually abandoned the plan to continue his career in the entertainment industry.

And no wonder. Reputedly Baldwin is worth $80 million and counting. His acting career started in television, playing the part of Billy Aldrich in the soap opera "The Doctors" from 1980 to 1982, and his bank balance has gotten progressively bigger ever since then.

Since then he’s wandered onto the sets of some of the most iconic television shows in America’s recent history: "Friends," "Will & Grace," "The Simpsons," and "30 Rock." His filmography is equally varied. Some were huge successes, like "Pearl Harbor," while others, like "Thomas and the Magic Railroad," were ripped apart by critics. But his work in the movie industry changed his life forever in the early ’90s while working on "The Marrying Man" when he bumped into his future wife, Kim Basinger.

The pair got married in 1993 and welcomed into the world a daughter in 1995. Ireland Eliesse, as they called her, is now a successful actress and model in her own right. Her unusual name, he once tweeted, derives from her great beauty but poor ability to manage money. Both of which are clearly identifiable traits in newborns.

A life lived to the full for sure, if not without controversy. In 1995 he allegedly assaulted a member of the paparazzi who photographed him and Basinger bringing newborn Ireland home from the hospital. He said at the time that he didn’t hurt the photographer. The photographer said he was punched in the nose.

In 2011 he hit the headlines after being thrown off a flight from Los Angeles when he was asked to turn his phone off. One staff member anonymously described his behavior to the New York Post as “violent, abusive and aggressive. Trouble has a way of finding Baldwin but this latest episode is far beyond anything to date. The tragedy for the victim is dreadful, but It is also a sickening blow for an actor who whatever you thought of him provided rare entertainment value.